David Swanson, War is a Lie 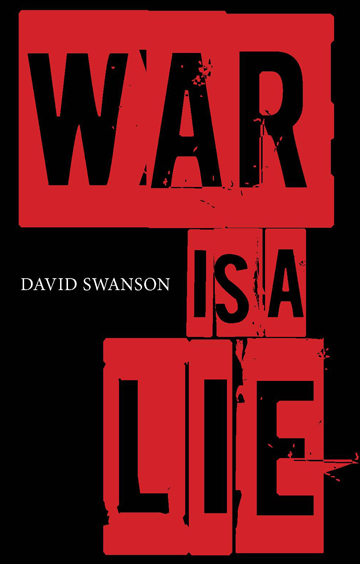 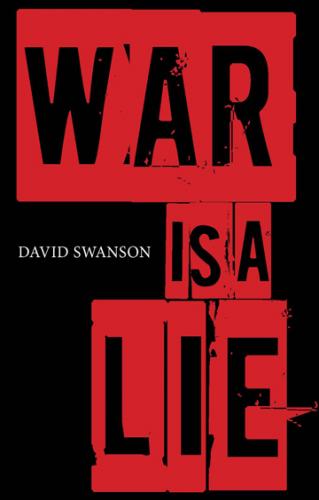 I cannot recommend this book too highly. It is an excellent compilation of all the myths, lies, nationalisms and vanities which have led us into wars past and present.

Swanson, who must be a bit older than his website picture suggests, has been active in the United States peace world for many years. He was at one stage the press secretary during Dennis Kucinich’s presidential campaign in 2004.

The book is self-published and a fund has now been created to enable it to be given free to legislators, journalists and opinion formers of all persuasions. Perhaps we could manage the same here? In fact some enterprising organisation might well sponsor a UK Swanson speaking tour ...

Why this enthusiasm? The title sounds like another rant, but the book is nothing of the sort.

The chapter headings tell the story. The first and second are: ‘Wars are not fought against evil’ and ‘Wars are not launched in defence.’ The last two are headed: ‘Wars cannot be both planned and avoided’ and ‘War is over if you want it’.

The style is racy, not to say cheeky. It is not a style that would find many enthusiasts in Whitehall. The astonishing facts, however, come out, page after page in rapid succession.

The message is clear. War is a major industry. We get led or pushed into wars of all sorts by endless doses of misinformation which rely on our deference and credulity to succeed. War is not inevitable. Peace is perfectly possible and actually is the normal condition of life.

Many dogmas are challenged with hard doses of fact. The First World War was not inevitable. Hitler’s rise to military power depended to a large extent on the help he received from governments and arms manufacturers in other countries. The myth that Pearl Harbour came out of the blue is also carefully taken apart.
The sheer crudity of some of the behind-the-scenes language is remarkable. Here is President Johnson speaking to the Greek ambassador about a difference of policy over Cyprus: ‘Fuck your parliament and your constitution. America is an elephant. Cyprus is a flea. If these two fleas continue itching the elephant they may just get whacked by the elephant’s trunk, and whacked good. We pay a lot of good American dollars to the Greeks....’

All this and much more is carefully sourced in 14 pages of notes.

The book adds up to a call to eliminate war. There is an invitation to join in on the website www.warisalie.org. I hope many will respond.