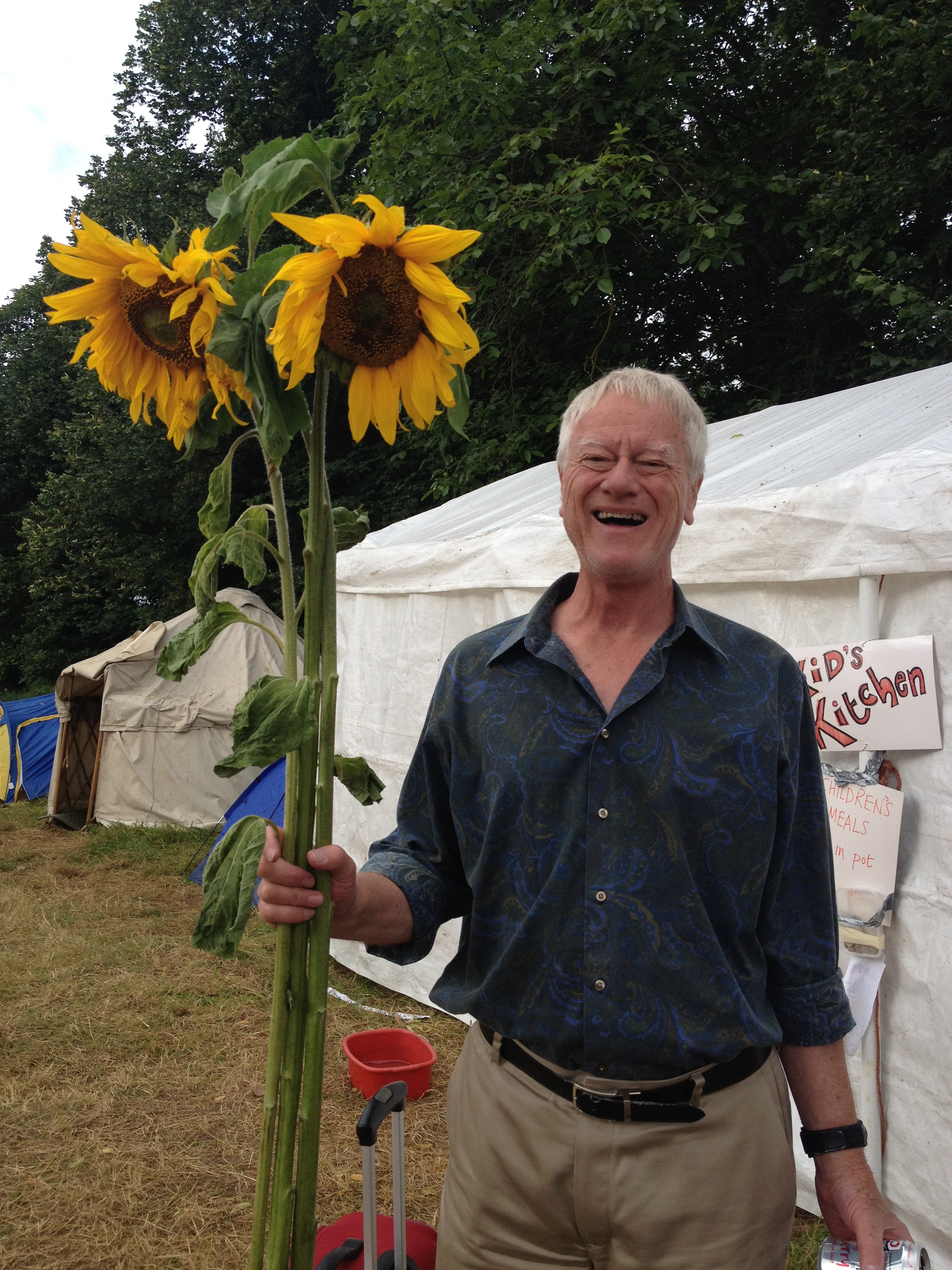 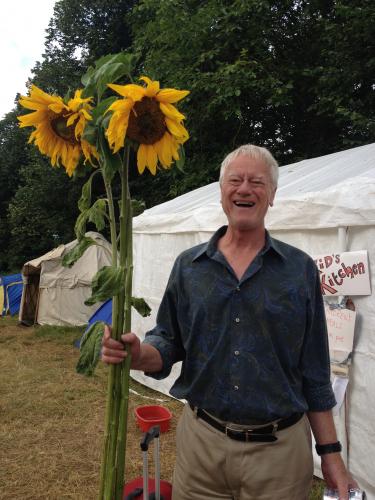 In July, Peace News organised a speaking tour for US activist and author George Lakey (we also re-published his excellent book Toward a Living Revolution, available from us for only £15 post-free). George travelled all the way from Brighton to Edinburgh and Glasgow, as well as spending five days at PN Summer Camp in Shropshire.

Here’s one report from one stop along the way.

George Lakey made a visit to ‘Take Back the Land’, an action camp held in South Lanarkshire, in Scotland, against the destructive impact of open-cast coal mining.

During his visit, international campers discussed the impact of coal mining in their communities. The camp was on the site of the proposed new open-cast mine, Glentaggart East, and visitors to the camp took several actions against the coal industry in the Douglas Valley.

While campers got on with tat-down, George visited the nearby village of Glespin which has been blighted by open-cast mines for more than 20 years. Over a cup of tea with several local people who have worked together with Coal Action Scotland, George heard about the corruption and dirty tactics which Scottish Coal has used to force through mines despite huge local community opposition.

For a write-up of Take Back the Land actions, see here: www.coalactionscotland.org.uk. George Lakey is involved in Earth Quaker Action Team:
www.eqat.wordpress.com