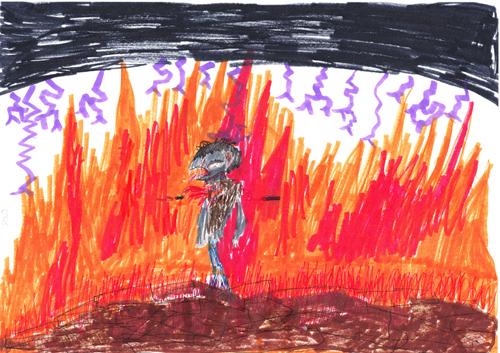 As I pondered how to write this article – about the way conflict is approached at the school in which I work – a friend introduced me to ‘Conflicts as Property’ written by Norwegian criminologist Nils Christie and published in an issue of The British Journal of Criminology in 1977. Although it is the legal system that preoccupies Christie as he sketches out a model of court procedure that restores the participants’ rights to their own conflicts, the parallels with schooling and education are inescapable.

Lawyers, writes Christie, are particularly good at stealing conflict, and he warns against allowing professionals to monopolise the handling of our conflicts and using them for their own professional gain. The concerns raised here evoke those of deschooler Ivan Illich who, also writing in the 1970s, cautioned against reliance upon the professions and institutions, telling us of their tendency to corrupt and create dependency.

Christie maintains that conflict must be used by, and remain the property of, those originally involved in the dispute.

Teachers, albeit with a different emphasis, are just as good at stealing conflict from children and young people as lawyers are from their clients.
For a teacher with a class of, say, 28 young people and a tight curriculum regime to adhere to, it’s easy to see how conflict becomes monopolised by the professional. Teachers within mass compulsory schooling need to be skilled in stealing and manipulating conflict, since the system allows none of the conditions needed to nurture conflict nor make it visible as Christie advises.

Nurturing conflict is what we do at The Family School where I work, and this nurturing is prioritised within the daily life of the school: when conflict arises, it is given the space it needs, allowing the children to explore where – to borrow a concept from permaculture – their ‘edge’ meets the edges of those around them.
As adults living and working alongside the children, we consider our role to be one of mediation when conflict arises. Rather than being the professional thieves Christie writes of, vanishing away all conflict to satisfy our own needs, our role is to support the children in talking and listening to one another about their differences.

We listen and guide, but we don’t attempt to tell them the way forward, or pretend there is any single solution.

Nor is the role of mediator monopolised by the adults; it is a role that the children may also adopt as they develop their capacity for empathy and active listening.

This approach bears fruit when children come into conflict and are able to express their feelings and needs, empathise with one another and find win-win solutions without involving a third party. 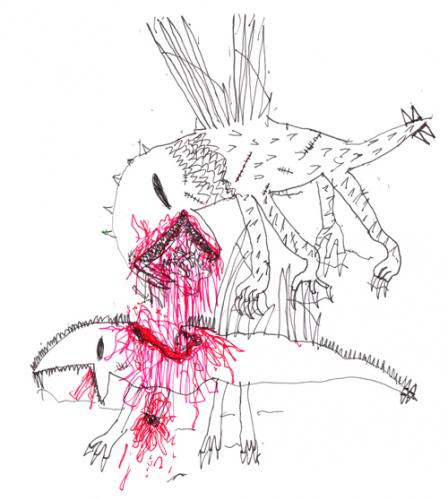 Supporting young children to speak to one another, rather than through an adult as is commonplace when conflict arises between children, requires on-going negotiation. At those times when children feel unheard by others, we still hear the phrase ‘I’m going to get a teacher’. When this happens at our school, we tend to throw it back, reminding the children we can be there to support and facilitate a safe space, but as the problem doesn’t belong to us we can’t be the ones to ‘fix it’.

Then there are those times when the conflict does belong to us, so we need to have the self-awareness to be clear, with the children and ourselves, that it is our problem and not theirs.

Our school is human-scale and runs along non-coercive principles where there is a renegotiation of the traditional teacher-pupil relationship.

Since conflict is not exclusively the domain of children, children and adults more openly express when their edge comes up abruptly against those of others.

I recall one day, when I was fairly new to the school, I had mixed up the timings of a planned activity and a child who had wanted to take part was on an out-of-school excursion at the time.

On returning to school, she came to speak with me to tell me how angry she felt about missing the activity – how angry she was with me. As I listened to her words, I observed her body language, which was accepting: contrasting with her words yet not taking away their strength. I was then heartened as she wanted to know too how it was for me and we talked the problem through.

This early encounter with a child of six left me a lasting impression on me as I considered how many adults find it difficult to express such strong feelings in a self-managed way: in an open way, seeking to understand.

When teachers steal conflict to satisfy their own needs, be it for order or otherwise, they interrupt the child’s opportunity to observe their own behaviours, those of others and the world around them, leaving the individuals ill-equipped to cope with conflict themselves.

Part of nurturing conflict along nonviolent principles is learning to identify our own feelings and needs and empathise with those of others; it is in this way we can remain authentic and find the common ground that gives life to creative solutions.

This possibility is inevitably lost when conflict is left unexplored and wounds are left unhealed causing further conflict within the individual and our communities.

Val Archer is a teacher at The Family School in London, which offers an experiential, democratic education:
www.tinyurl.com/peacenews488