Chase Madar, The Passion of Bradley Manning: The Story of the Suspect Behind the Largest Security Breach in U.S. History 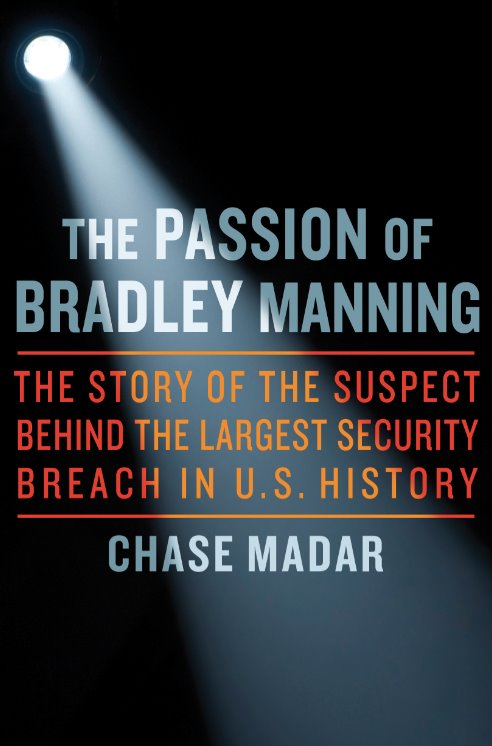 Born in a small Oklahoma town in 1987, computer whizz-kid Bradley Manning enlisted in the US army in 2007.

Two years later, he was posted to Iraq where he worked as an intelligence analyst in a remote forward operating base close to Baghdad.

Increasingly concerned about US actions in Iraq and unhappy about his role in them, Manning allegedly sent hundreds of thousands of documents to the organisation Wikileaks.

The documents published by Wikileaks in 2010 included the Afghan War Logs (91,731 ‘significant action’ military reports from the field), the Iraq War Logs (391,832 ‘significant action’ field reports) and 251,287 US state department diplomatic cables. It was, Madar notes, the largest security breach in US history.

‘I want people to see the truth… because without information, you cannot make informed decisions as a public’, Manning is reported to have told hacker Adrian Lamo at the time.

However, as Madar points out: ‘Whistleblowers are always pathologized. Their governments refuse on principle to comprehend their political motive, no matter how overt and obvious.’ True to form, the media circus around the leaks has focussed on Manning’s sexuality and mental health, rather than his clear political intentions.

Lamo went on to turn Manning in to the US military because the documents could, he told the Guardian, ‘have been leaked to unknown third parties’ and ‘would end up costing lives’. Like the vast majority of the establishment-friendly US and UK intelligentsia, Lamo is unable to comprehend that hundreds of thousands of – mostly Afghan and Iraqi – lives had already been lost because of the secrecy of the pre-Wikileaks status quo.

Frustratingly, while this is an accessible and persuasive book, it is poorly-referenced, with no index, making further research very difficult. While Madar’s assertion that ‘the Pentagon Papers did nothing to halt or even slow the Vietnam War’ is questionable, his repeated statements that Wikileaks played a central role in 2010’s ‘Climategate’ (a phoney scandal centred on climate science emails stolen from the University of East Anglia) is just plain wrong.

Held in solitary confinement for nine months in what 250 US law school professors described as ‘degrading and inhumane conditions that are illegal and immoral’, Manning now faces a court martial. He deserves the continued support and solidarity of the British peace movement.