William Davies, The Happiness Industry: How the Government and Big Business Sold Us Well-Being 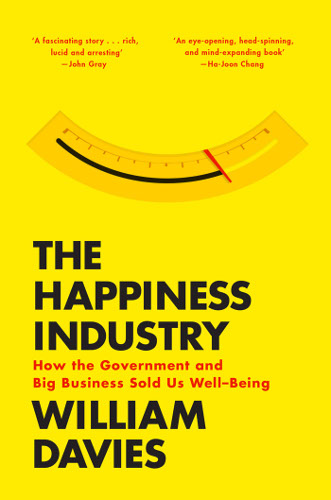 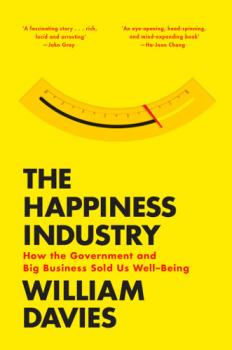 It used to be that, when someone told me about a way to increase my happiness, I would take it on board without thinking. This book has changed that.

Surveying a broad sweep of history – from the measurement of mood by economists in the 18th century, to our current state where information about individuals is stored on the assumption that it will be useful someday – Davies investigates how happiness has become both a political and an economic goal.

The anti-philosophical approach of contemporary psychology, and the breaking down of complex emotions into observable behaviours, is shown to have originated at the beginning of the 20th century, as the capital of psychology moved from Germany to the US.

With this shift came a clear shift in who psychology was being done for: business managers. The rise of psychology to one of the most important sciences today makes sense when you realise that it has had the constant patronage of big business for over 100 years.

The problems which psychologists are meant to solve is also revealing. As unions have been crushed one by one, a new problem arose for businesses: unmotivated and burned-out employees. This has led to strange solutions, like the British government’s 2014 announcement that disability claimants could have their payments stopped if they refused to have sessions of Cognitive Behavioural Therapy.

Davies also does something that is as close as one can get to sacrilege these days: a criticism of Positive Psychology (‘the scientific study of what makes life most worth living’). He points to how Positive Psychology has contributed to a situation in which generosity is encouraged for the giver’s own mental health; and where you are advised to avoid unhappy people because they pose threats to your happiness and well-being.

Davies also looks into some of the murkier developments in the measurement of happiness such as how, using the latest measuring devices and algorithms, psychologists are now claiming to be better judges of your mood than you are. This has scary implications as it signals an Orwellian future where people are afraid they will be seen as a technophobes if they disagree with how their phone tells them they are feeling.

This book is a wake-up call about who benefits from knowing how you feel. However, it also leaves the reader hopeful, highlighting the possibilities for different ways of organising work (eg workers’ co-ops) and the re-establishment of dignity in our lives as ways to enable us to stop measuring our lives and start just living them.