Robert M Sapolsky, Behave: The Biology of Humans at Our Best and Worst 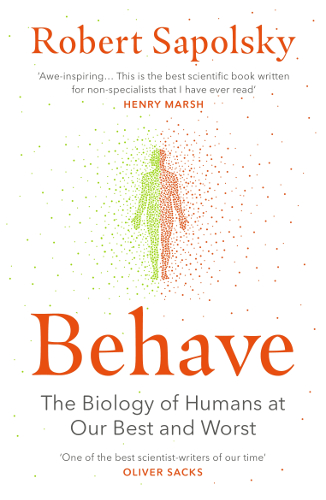 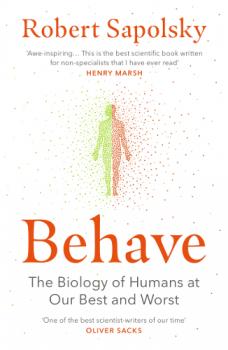 Do you want to base your views about aggression, violence, war and peace on the available biological/psychological evidence? Do you have the stamina for 700 very challenging pages? Yes and yes? Here’s the book for you.

Robert Sapolsky’s Behave: the biology of humans at our best and worst looks at first sight like just another popular psychology book. I expected brain scans, hormones and genes, and there is a lot about those topics.

What I didn’t expect was a science-based argument for the abolition of large parts of the criminal justice system (chapter 16), or for Sapolsky to propose a whole new discipline, ‘peaceology’. Peaceology, Sapolsky suggests, would be the study of ‘the effects of trade, demographics, religion, intergroup contact, reconciliation, and so on, on the ability of humans to live in peace’ (p647). Sapolsky has packed what is known scientifically about these topics into this book. (The section on ‘how contact between groups affects conflict between them’ was very surprising and valuable, for example).

I also wasn’t expecting reflections on how co-operation may have evolved (pp633–637); the Rwandan genocide (pp570–573); the debate about how much warfare there was in prehistory (pp305–323); the different emotional and intellectual styles of conservatives and liberals (pp450, 447); or the fact that transgender people’s brains are more like those of the gender they identify as (p215).

A brain scientist and a chimpanzee expert, Sapolsky is open about being a ‘clichéd, card-carrying liberal’, an atheist, ‘eggheady, meek, and amorphously pacifistic’. He just doesn’t let his moral and political commitments get in the way of the facts, insofar as they are known.

There are a few things missing, including the impact on our thinking and behaviour of humans having been prey for other animals much longer than we’ve been top predators (relevant to war, nonviolence and the origins of religion, see Barbara Ehrenreich’s Blood Rites); the effects of our class backgrounds on some of the behaviours discussed (see Betsy Leondar-Wright’s Missing Class); and recent findings on the ‘construction’ of emotions. The big puzzling misstep, I thought, was Sapolsky’s denial that free will exists.

Overall, this huge book is an astounding act of compression. Almost every paragraph is packed with startling, important information. Sapolsky is a sure-footed and entertaining guide through vast fields of science, with an approach that is both informal and very, very, very well-informed.