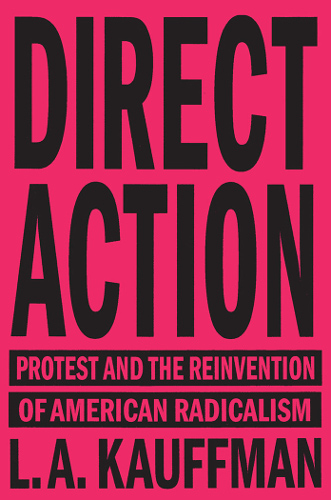 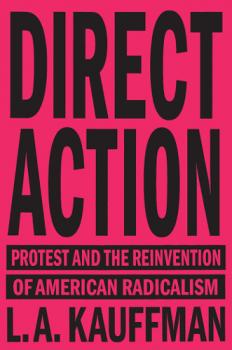 This book will prompt gasps of recognition among peace activists, as they read of dramatic acts of mass civil disobedience, the use of affinity groups, and the underlying efforts to be equitable and inclusive during a time of reactionary politics.

The story begins with the Mayday protest of 1971, in which thousands of anti-war campaigners staged three days of protests in Washington DC with the aim of shutting down the US capital. Though ‘most slovenly’ according to one journalist, these actions unsettled the Nixon administration and helped bring about the end of the Vietnam war.

The Mayday protestors were inspired by the civil rights movements of the Fifties and Sixties, but they were all white, which the author calls a major shift in US activism. Subsequent groups of the ’70s and ’80s, such as the Clamshell Alliance that aimed to prevent the construction of a nuclear power station, were also all white and, according to the author’s research, mostly disregarded questions of race or racism.

Inspired by the Clamshell Alliance, however, the new movements were prefigurative, seeking to model the change they worked for. Activists formed collectives and communes and campaigned on small local issues with the result that many of these groups became inward-looking.

The author credits feminist and gay activist groups with bringing the focus back into the public sphere. One such group organised the ‘Women’s Pentagon Action’ of 1980 during which, among other theatrical interventions, women wrapped yarn around the railings of the Pentagon. The activists published a ‘unity statement’, drafted by Grace Paley: ‘We women are gathering because life on the precipice is intolerable’. While the media were dismissive, this ‘dreaming in public’, Kauffman says, was to resonate with the Occupy movement of 2011.Discussing the Resist WTO (World Trade Organisation) protest in Seattle in 1999, Kauffman refers to an article from the news website ColorLines, in which Elizabeth ‘Betita’ Martinez explored the reasons why few black activists attended. One delegation found themselves in a room full of anarchists: ‘there was a pungent smell, many had not showered.’ Meanwhile, consensual decision-making processes took up time that most people could not afford. Moreover, far from wishing to court arrest, most black people wished to avoid all contact with the American justice system.

In her discussion of the direct action advocacy group ACT UP (the ‘AIDS Coalition to Unleash Power’), Kauffman highlights the tensions between those who wished to focus on government approval of AIDS medication and the groups, often people of colour, who recognised the need for universal access to healthcare.

This intricate book deserves careful reading. Far from being just a catalogue of actions, it traces the ways in which radical movements, linked by their use of civil disobedience, have adapted to contemporary demands.

Kauffman recommends no single recipe for action, although the most successful campaigns do have a life and death urgency, such as #blacklivesmatter and ACT UP. Her discussion of intersectionality, of the influence of feminism and LGBTI radicalism on organising, and of the need to include, and take leadership from, communities of colour, is highly relevant for peace activists now.