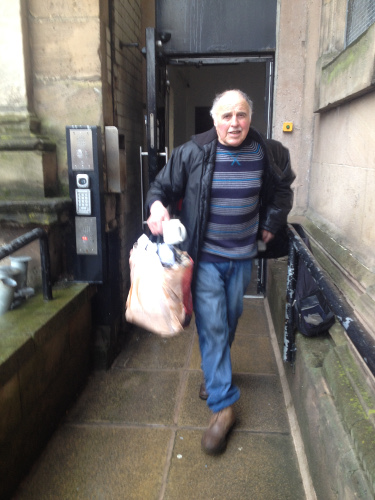 One person barred and a second ejected from Liverpool event 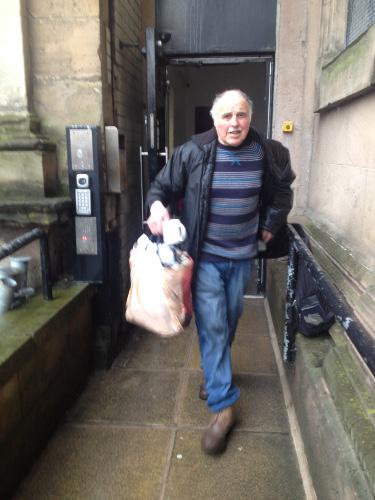 On 7 April, the organisers of the Liverpool Anarchist Bookfair excluded two people from the gathering, which was taking place in the huge Black-E community arts centre near the city centre.

Brian Bamford, a member of the Northern Anarchist Network, was told in advance that he would not be allowed in, and was stopped at the door. Another man (whose name is not known) was taken from a workshop by organisers and thrown out of the bookfair. (The workshop was about employers barring trade unionists from jobs.)

I was told by bookfair organisers that Bamford had a history of causing disturbances, and they were determined to avoid such problems at their event. The other man was apparently thrown out for circulating an offensive anti-trans leaflet.

PN will try to find out more about these incidents and report online.

In relation to Brian Bamford, the main disturbances seem to be these: he was attacked by a group of anarchists at the London Anarchist Bookfair in October 2012; he was involved in scuffles with members of the Freedom collective in June 2016 as they forced him out of and away from the Freedom Press building; and he was physically thrown out of the Manchester Anarchist Bookfair in December 2017.

These seem to be the incidents that worried the Liverpool bookfair organisers – but they didn’t ask Bamford for his version of events, or offer any way of appealing against the ban.

An independent observer, Ross Bradshaw of Five Leaves radical bookshop in Nottingham, wrote about the October 2012 incident on the Five Leaves blog immediately after it happened:

‘Congratulations to the organisers for another great [London Anarchist] Bookfair.

‘But there was an unpleasant incident. Five Leaves stall was next to that of Northern Voices. Early in the day a small group from Manchester asked the one person at NV to leave. It was not clear to me at that moment why. It turned out that the magazine had some time ago written a rather unfavourable and, indeed, rather unpleasant obituary of the Manchester anarchist Bob Miller.

‘Some time later in the morning a large group of people, from Manchester and elsewhere, returned to the stall, and when the stall holder [Brian Bamford] refused to leave, wrecked it, stealing most of the material on display and covering the stall-holder and the stall (and one unrelated stall-holder behind NV) with salad cream.

‘Though the stall-holder was uninjured, save for a bruised face when he fell and some irritation from the cream getting into his eyes, he was pretty shocked, as was anyone seeing the incident. I have no doubt that his original article was unwise and should not have been published – the best critique of it appears on NV’s own rather good blog, October 4th at www.northernvoicesmag.blogspot.com – but a dozen or so people attacking one person and his stall (with little heed for collateral damage) was bullying.’

The anti-trans leaflet incident at the Liverpool Anarchist Bookfair in April had nothing to do with the Bamford banning, and seems to be a straightforward free speech issue.