Frightened all over again 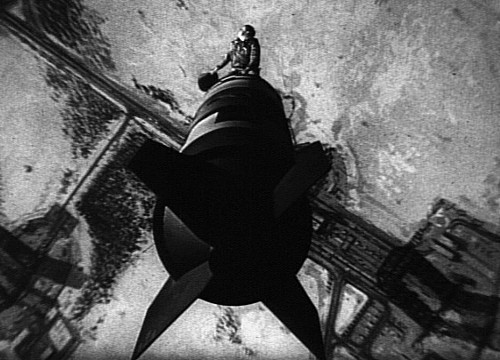 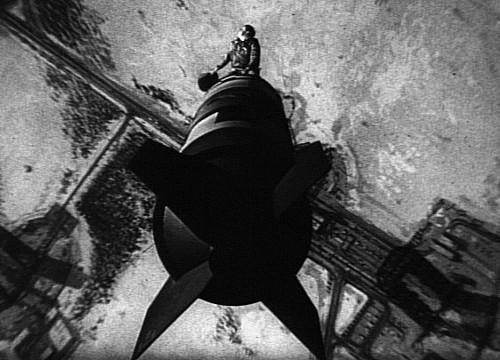 Daniel Ellsberg points to uncanny truths in Stanley Kubrick’s Dr Strangelove (1964), including the fact that Russia does have an automated ‘Doomsday Machine’ system (called ‘Perimeter’) that will trigger nuclear war if a single nuclear bomb goes off in Moscow. The US nuclear force will launch in the event of a nuclear detonation in Washington DC. Photo: public domain via Wikimedia Commons

Daniel Ellsberg is famous as the Pentagon analyst who leaked thousands of pages of top secret documents revealing the US government’s internal history of the Vietnam War. They were published in 1971 as ‘the Pentagon Papers’. (A version of the story is currently in cinemas as The Post; Ellsberg’s own Pentagon Papers memoir was published as Secrets in 2003.)

It turns out that Ellsberg also copied and removed thousands of pages of top secret documents about US nuclear war plans, the command and control of nuclear weapons, and nuclear crises. He planned to release them after the Pentagon Papers revelations had had their effect. Ellsberg expected to receive a life sentence for this second act of whistleblowing, if he hadn’t already received one for the Vietnam disclosures.

Unfortunately, bizarrely, a tropical storm destroyed Ellsberg’s hidden stash of nuclear weapons documents while he was on trial for releasing the Pentagon Papers.

A deeply frightening and deeply inspiring book, The Doomsday Machine tries to make up for that loss, based on Ellsberg’s surviving notes and information that has since been revealed or declassified on both sides of the Cold War divide. (The section on the Cuban Missile Crisis, when Ellsberg was near the centre of the Kennedy administration’s crisis planning, is astonishing.) 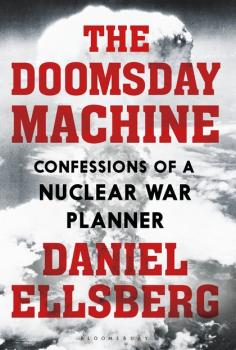 Three-quarters of the way through, after revealing so many staggering secrets about the US nuclear arsenal, and after uncovering so much danger, Ellsberg brings us to a sobering and crucial chapter: ‘First-Use Threats – Using Our Nuclear Weapons’. Ellsberg repeats words he has used before:

Ellsberg begins this chapter quoting White House tapes from April 1972 in which US president Richard Nixon urges his national security adviser, Henry Kissinger, to ‘think big’ and contemplate the use of a nuclear bomb against Vietnam. Unknown to Ellsberg at the time, ‘Nixon had directed plans for nuclear attacks on North Vietnam in October-November 1969’.

It was because he was afraid that Ellsberg knew about, and might expose, Nixon’s nuclear threats and plans that Kissinger called Ellsberg ‘the most dangerous man in America’ in 1971, as he leaked the Pentagon Papers. It was to stop Ellsberg that the Nixon administration formed its ‘White House Plumbers’ group of burglars. Their first operation was to break into Ellsberg’s psychiatrist’s office to try to find incriminating information. Later, the Plumbers carried out the Watergate break-ins.

Going back to the nuclear threats issue, Ellsberg points out that Nixon was probably inspired by the example of US president Dwight D Eisenhower under whom Nixon had served as vice-president. Eisenhower had issued a nuclear threat against North Korea in 1953 to try to bring about the end of the Korean war.

We don’t know how such threats affected Chinese policymakers, Ellsberg notes, but we do know how they affected US policymakers: ‘What is neither uncertain nor inconsequential is that the Eisenhower administration, including Richard Nixon, regarded them as successful. In line with this belief, Eisenhower and [John Foster] Dulles [US secretary of state] relied on such threats repeatedly, in a series of crises.’

Ellsberg documents reliance on nuclear threats (or serious contemplation of the use of nuclear weapons) by all US presidents since 1945, including Trump. 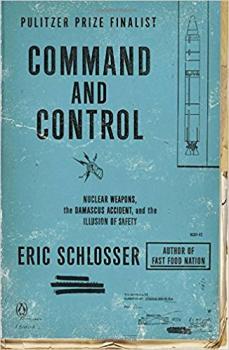 This crucial topic is also mentioned in passing in Eric Schlosser’s important book on US nuclear weapons, Command and Control.

Schlosser very briefly refers to the Eisenhower threat in Korea (pp 305, 358), to Nixon trying to end the Vietnam War with a nuclear threat (p358), and to the mobilisation of US nuclear weapons to ‘deter’ the Soviet Union from intervening on behalf of its Egyptian client during the 1973 Arab-Israeli War (pp358–359).

However, this scattered material comes late in the day and amounts to less than a page’s-worth in a 485- page book.

That’s not the impression you get from Command and Control. The book is an example, in fact, of how to create propaganda effects through a lack of emphasis on – and lack of repetition of – politically incorrect material.

Another example of the Chomsky-Herman Propaganda Model at work.

That’s not to say there isn’t a lot of important and challenging evidence assembled in Command and Control about the dozens of US nuclear accidents and the risks of unauthorised use of US nuclear weapons. However, out of the two books, there is a much better guide to the dangers of unauthorised use in The Doomsday Machine, and excellent treatment of a lot of issues not considered in Command and Control.

For example, Daniel Ellsberg goes to great lengths to explain the dangers of a First Strike policy, and to show how US nuclear planners have been committed to a US First Strike capability from the very beginning. I don’t think Schlosser mentions the words ‘First Strike’ at all.

‘First Use’ just means that you are the first to fire a nuclear weapon. (China has always had a ‘No First Use’ policy, alone among the declared nuclear-weapon states.) A nuclear ‘First Strike’, on the other hand, is an attempt to destroy all of an enemy’s nuclear weapons before they can be fired – disarming, defeating and, probably, destroying your opponent.

If you have a credible First Strike capability, your enemy must keep its nuclear weapons on a hair trigger to avoid being disarmed (‘use them or lose them’). This reduces everyone’s chance of survival in the long term, but it gives you an enormous advantage during crises in the short term.

Ellsberg gives several examples of the US using its nuclear advantage to coerce others, including the Berlin crisis of 1961, when Ellsberg himself got the Kennedy administration to issue a nuclear First Strike threat against the Soviet Union.

Here is Ellsberg’s summary of US policy, an incredibly important paragraph which deserves to be studied by everyone concerned about nuclear weapons:

‘Deterring a surprise Soviet nuclear attack – or responding to such an attack – has never been the only or even the primary purpose of our nuclear plans and preparations. The nature, scale, and posture of our strategic nuclear forces has always been shaped by the requirements of quite different purposes: to attempt to limit the damage to the United States from Soviet or Russian retaliation to a U.S. first strike against the USSR or Russia. This capability is, in particular, intended to strengthen the credibility of U.S. threats to initiate limited nuclear attacks, or escalate them – U.S. threats of “first use” – to prevail in regional, initially non-nuclear conflicts involving Soviet or Russian forces or their allies.’

Milan Rai is the author of Tactical Trident: The Rifkind Doctrine and the Third World (Drava Papers, 1992; 36pp).