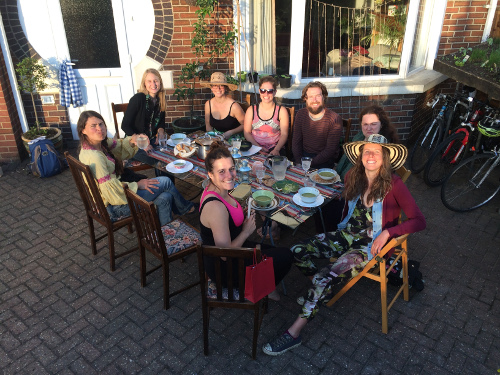 Housing co-ops are being hit by new taxes 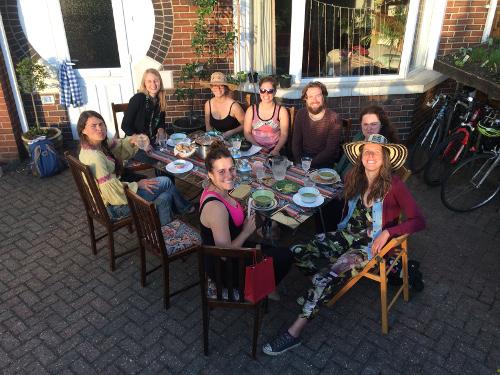 A new housing co-op for low-income activists in Oxford (one of the least affordable cities in the UK) is facing huge difficulties after being asked for an additional £50,000 in stamp duty by the tax authorities, under rules brought in in 2012 and 2014. Kindling, a member of the Radical Routes network of co-operatives, is believed to be the first housing co-op to be affected by the new law, but many others are likely to be affected in the future. Kindling and others are now campaigning for a change in the law.

If you are a ‘corporate body’ (a firm, a trust, a partnership, or a co-operative), you have to pay a 15 percent rate of SDLT when the residential property is valued over a certain amount (there is no sliding scale). Originally, in 2012, the 15 percent rate came in if the property was worth more than £2m. In 2014, the authorities lowered the threshold to £500,000.

When Kindling bought its traditional 1930s semi-detached house in East Oxford for £550,000 in September 2016, and turned it into a homely community with edible plants sprouting in every corner of the garden, we were advised that we would have to pay six percent SDLT.

Around July 2017, however, in the middle of our first year, Kindling was contacted by tax authorities (HMRC) to carry out what was presented as a ‘randomised check’ on the co-operative. We handed over all the documents requested, convinced we had nothing to hide. HMRC then asked for 15 percent stamp duty instead, levying an extra £50,000.

For Kindling, with a financial position so carefully balanced (we had already paid £34,000 in SDLT, double what an individual buying the same house would be charged), the recent unexpected charge in higher-rate SDLT means the co-op is now in a very challenging financial position. Inadequate and incorrect advice was given to us when we created Kindling. The additional £50,000 now being asked for by HMRC was not included in the original business model, which Kindling is now having to fundamentally reconsider in order to avoid bankruptcy.

Kindling is the first housing co-op to be set up in Oxford in over 17 years. Our aim is to provide a safe, stable and supportive environment for generations of politically- and socially-active individuals at an affordable rate. To set up and manage to buy property in Oxford, one of the least affordable cities in the UK, we have had to stretch existing financial models developed for housing co-operatives, and continue to test the place of the co-operative model in the current framework of our society.

Like all co-operatives in the Radical Routes network, Kindling is set up as a fully-mutual co-operative, which means that once acquired, its assets are collectivised – they belong to the co-operative movement in perpetuity, their value not subject to the rules and fluctuations of the market. Rather than being a tool to generate ever more capital, our house can serve its original purpose as a home, managed and cared for directly by its member tenants.

We have been able to peg rents roughly halfway between market rents and housing benefit (the local housing allowance). This provides individuals doing social change and community benefit work with a secure home in Oxford where we would otherwise be priced out of the market. 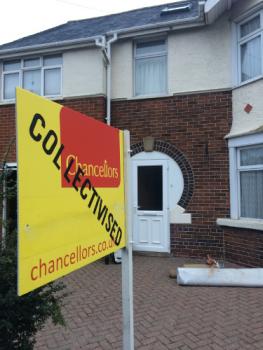 For the wider co-operative movement, the consequences could be even more dire. New housing co-ops in high-cost areas (think London, Bristol, Brighton but also Edinburgh and an increasing number of cities in the North of England) will be impacted by higher-rate SDLT. Higher rents will need to be charged to pay for the higher stamp duty, unless we can gain exemptions through policy change.

There is a case that housing co-ops should be encouraged as a way towards solving the housing crisis, not to mention providing genuinely affordable housing without government subsidy. A mature discussion needs to be had across the co-operative sector and in government, as to what constitutes genuine affordability.

Kindling is currently appealing the decision with HMRC and we are intent on fighting the SDLT supplement, however the co-op is also now raising funds to try and cover the charge as we are told it is unlikely we will win the appeal.

For the co-op, this appeal is a first step while we launch a campaign together with Radical Routes, the Confederation of Co-operative Housing (CCH) and Coops UK for housing co-operatives to be at the very least given the same exemption as that enjoyed by other corporate structures, including for-profit rental businesses, in the hope of avoiding other co-ops having to go through the same ordeal. While this would not be retroactive and thus not spare Kindling, it would mean the co-operative model could still offer an affordable alternative in a housing sector ever further out of reach.

If your co-op, group, or you as an individual would like to consider investing in Kindling to help us pay the monies owed to HMRC, and also earn a competitive rate of return on an investment, or if you would like to know more on how you can support the campaign, please contact us: info [at] kindlingcoop.org