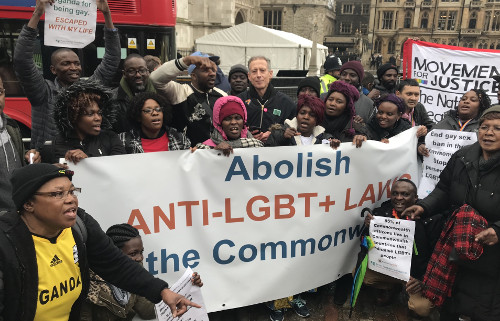 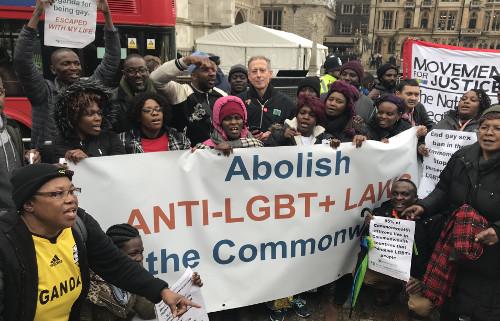 80 LGBT+ rights defenders protested outside Westminster Abbey as the queen and the prime minister celebrated Commonwealth Day on 12 March, ahead of a Commonwealth summit in April. The Commonwealth Equality Network and 14 other groups demanded gay rights including the decriminalisation of same-sex relations in 37 of the 53 Commonwealth nations. Photo: Peter Tatchell Foundation