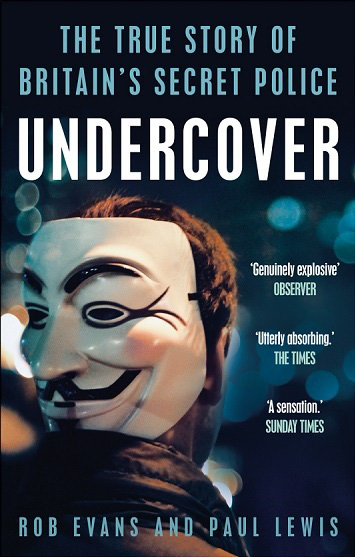 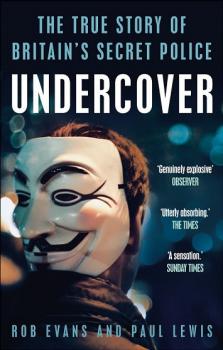 In historian Timothy Garton Ash’s book The File, there’s an anecdote about a prominent East German activist finally figuring out who the very-well-informed spy was in her life (names had been blacked out in the files she could see). It was her husband.

He had romanced her in order to get a paid job feeding back information to the Stasi, the East German secret police.

I often used this as an example of just how corrupt East German society was. That sort of thing, I thought, wouldn’t happen in the UK. Sure, the state would bomb other countries, treat asylum seekers with contempt and so on. After reading things like Bernard Porter’s Plots and Paranoia: History of Political Espionage in Britain, I thought that surveillance would be limited to the usual letter-opening, phone-tapping and bugging, with a little light agent provocateur-ing and intimidation. How wrong – how naïve – can you be?

Rob Evans and Paul Lewis start their brilliantly-written account of the British police’s infiltration of animal rights, social and ecological justice campaigns with a startling scene: British ‘hairies’ (deep cover police agents, tasked with spying on activists) in the early 1990s watching a television story about ordinary German citizens gaining the right to see how they’d been spied on by the Stasi, when the East German state had spoken endlessly of protecting them.

It was, according to the authors, an uncomfortable ‘what if it happens here?’ moment for the police officers.

Evans and Lewis outline how the Special Demonstration Squad (established in 1968, during Establishment panic over anti-Vietnam War protests) and, later, the National Public Order Intelligence Unit inserted well over 100 police officers into political groups on the far left and far right, in animal rights groups and, latterly, in environmental and climate change groups.

These officers were there long-term to collect information, as well as to subtly guide and disrupt. They ‘succeeded’ in this brilliantly.

What Evans and Lewis are especially good at (above and beyond tracing a clear and compelling narrative with vivid case studies) is laying out the costs of this ‘success’. Not just to the individual officers, the reputation of the police, and to fabric of democracy, but also to the many women targeted and used as credibility-enhancement by determined officers.

In several cases, the police officers – surely with the knowledge of their superiors – fathered children. And then, when their deployment was over, they fled without trace.

Some of the women have set up a campaign group, ‘Police Spies Out of Our Lives’, and are battling through the courts. It promises to be a long journey, and doubtless more horrible revelations are to follow.

The Special Demonstration Squad was disbanded in 2008. Since the most successful – and perhaps vile – undercover officer, ‘Mark Kennedy’ (aka Mark Stone), was unmasked in late 2010, a dizzying number of inquiries into the actions of the undercovers have been initiated.

Many of these inquiries, rightly, have been criticised as police doing self-regulation (the kind of self-regulation that worked so well for the bankers). More recently, because of revelations that the Metropolitan Police were spying on the Stephen Lawrence campaign, the home secretary has announced a judge-led enquiry.

Activists really must read this book. They should share it, discuss it and learn from it.

There is such a thing as healthy paranoia, and – based on this book – we should be cultivating it. Alongside this, and the Snowden revelations, we should also understand that being ‘secret’ is – especially in big groups – probably impossible. That has implications for the forms of protest, demonstration and action that we attempt.