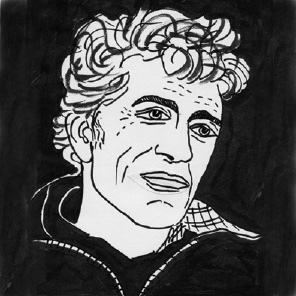 When you read in the press, hear on the radio, see on the telly, or otherwise encounter someone banging on about ‘extremists’, you realise, don’t you, dear readers, that they are referring to the likes of you and me.

And what is my extremism? Like yours, it’s wide-ranging but at the mo my uppermost desires are: the removal of all nuclear weapons from the UK, the abolition of the monarchy, the house of lords and public schools, the disestablishment of the church of England, and the banishment from schools of all religious teaching.

And that’s just for starters.

Now these seem to me to be extremely modest aims, and I find it impossible to equate them with religious bigotry, racial hatred, armed might, hereditary rule, and craven obeisance to self-appointed all-seeing, all-knowing leaders. Naturally, our opponents will dismiss all this as idealism, socialism, or worse still, utopianism. Somehow these words have become unspeakable in conventional political discourse.

It won’t have escaped your notice that we are only 12 months away from a general election and yet you know, and I know, that none of my extremist desires will even be mentioned in what passes for electoral debate.

I’m inclined to believe that the hierarchy of the latest manifestation of New Labour has actually forbidden their mention and also placed an embargo on any discussion concerning nuclear weapons.

Oscar Wilde had it right when he wrote – strangely enough – in The Soul of Man Under Socialism:

‘A map of the world that does not include Utopia is not worth glancing at, for it leaves out the one country at which Humanity is always landing. And when Humanity lands there, it looks out, and, seeing a better country, sets sail. Progress is the realisation of Utopias.’

William Morris – a name once revered in Labour circles but never mentioned there these days – addressed all this in his inspirational vision, News From Nowhere. In his reborn Albion, parliament has become a dung market, and mutualism, co-operation and commonwealth are normalcy, not extremism. While crimes of passion and murder still occur, prisons and capital punishment are folk memory.

Lately, I’ve had the most extraordinary and unsought email exchange with the secretary of the (national) Labour Party; a man I’ve never met, but who nevertheless insists on addressing me familiarly as ‘Jeff’.

Out of the blue, he sent me a questionnaire about the general election. I saw it as an opportunity for airing my extremist views.

Most of the questions were irrelevant and impossible to answer because – as I informed him – I do not vote and will never vote. Undeterred, he wrote and thanked me and invited me to contribute financially to Labour’s election campaign.

I replied politely that he had a bit of a nerve. Nothing if not persistent, he replied with an invitation to enter a draw for the honour and privilege of being an invited guest to dine with Mr E Miliband, who, he insisted, would be our next prime minister.

It strikes me it’s the politicos – not the lunatics – who’ve taken over the asylum and consequently, my extremism has become even more extreme.

The anarchist feminist, Marie Louise Berneri, in an essay from her book Journey through Utopia (1949), noted that nineteenth-century writers about Utopia ‘seem like so many over-affectionate and over-anxious mothers who would kill their sons with attention and kindness rather than let them enjoy one moment of freedom’.

Maybe, like me, she’d have had qualified sympathy with the self-styled ‘anarcho-capitalist’ Penn Jillette (of illusionists Penn and Teller) who said: ‘if you want to find Utopia, take a sharp right on money, and a sharp left on sex, and it’s straight ahead’.

53 years ago: Non-violent resistance to war and oppression