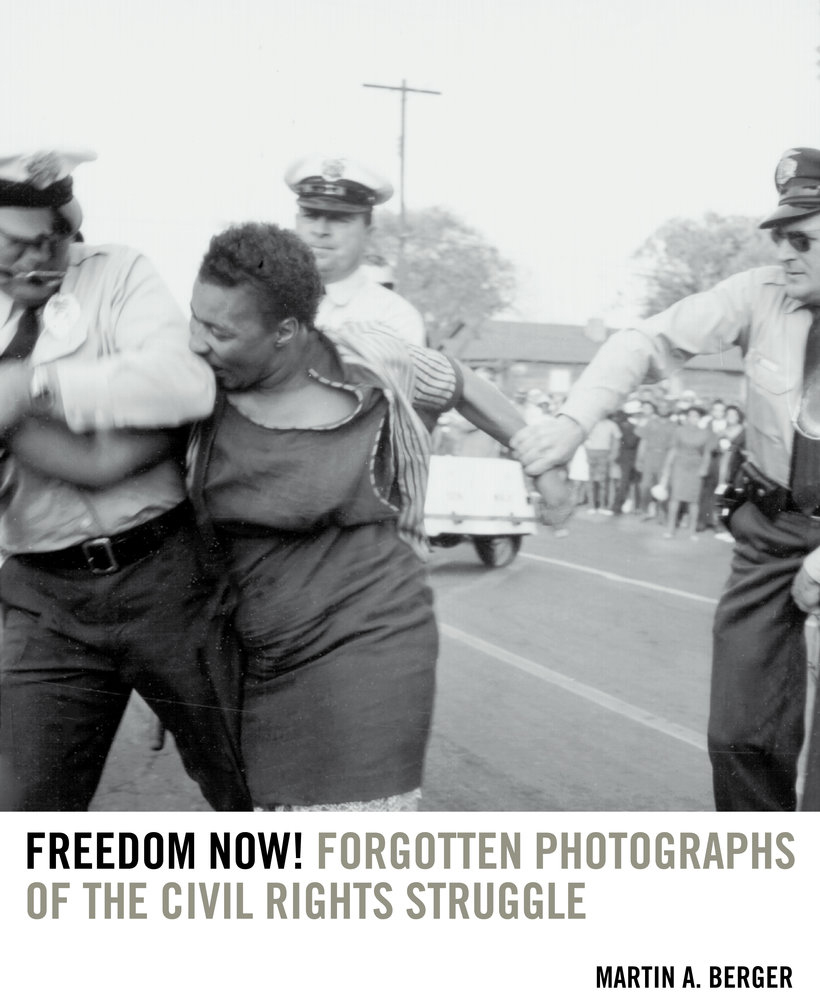 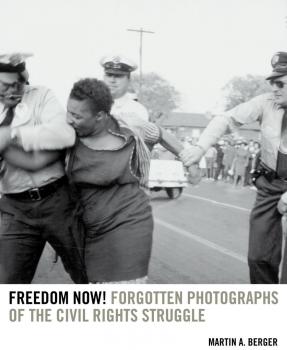 An eight-year-old boy, standing alone outside a courthouse with a handmade sign, is approached by a group of helmeted law enforcement officers. Moments later he will be arrested.

This picture – taken in Selma, Alabama, six days after the Civil Rights Act passed into law, and one of 71 photos reproduced in Martin Berger’s stunning new collection - differs from the most famous civil rights images in a number of significant ways.

For one thing, it highlights the important role played by children in the movement (while frequently reproduced in the black press, images such as this rarely appeared in the white media of the 1960s). It is also an image of an agent, not a suffering victim. And – perhaps most importantly - it is an image of an action directed at blacks, not whites.

Thus, Samuel Newall’s sign ‘does not ask whites to allow black voting or even to dismantle discriminatory registration procedures’ (which loopholes in the Act still permitted). ‘Instead, he directs his message to blacks, urging them to act. “Register Now” is his message.’

‘The boy’s sign may have proven particularly galling to Selma’s whites,’ Berger notes ‘because it failed to acknowledge their power. In bypassing whites and speaking directly to blacks, [he] telegraphed an indifference to the hierarchy of power in the South. It was a challenge that police felt compelled to address.’

In his introduction, Berger convincingly argues that ‘the expectations for what canonical civil rights photographs should depict were conditioned by nineteenth-century standards for the representation of black slaves and freedmen’ (some of which are reproduced in the section on ‘Historical Precedents’), and it is certainly the case that many of the best-known photographs were ‘selected and reproduced based on their likely effects on whites’.

The resulting ‘canon’ of images typically features anonymous, non-threatening, and passive subjects - a ‘safe’, unbalanced and ultimately disempowering depiction of black activists to which Martin Berger offers a ‘historical corrective’ with his own selection of 49 images – all of which were available to the mainstream press at the time, though a good number of them were never reproduced there.

Taking in a wide-range of topics – from freedom schools and armed-self defence, to voter registration and vegetable-growing cooperatives - and richly contextualised by Berger’s insightful commentary, this is a beautiful and moving book that anyone remotely interested in the topic will want to read.