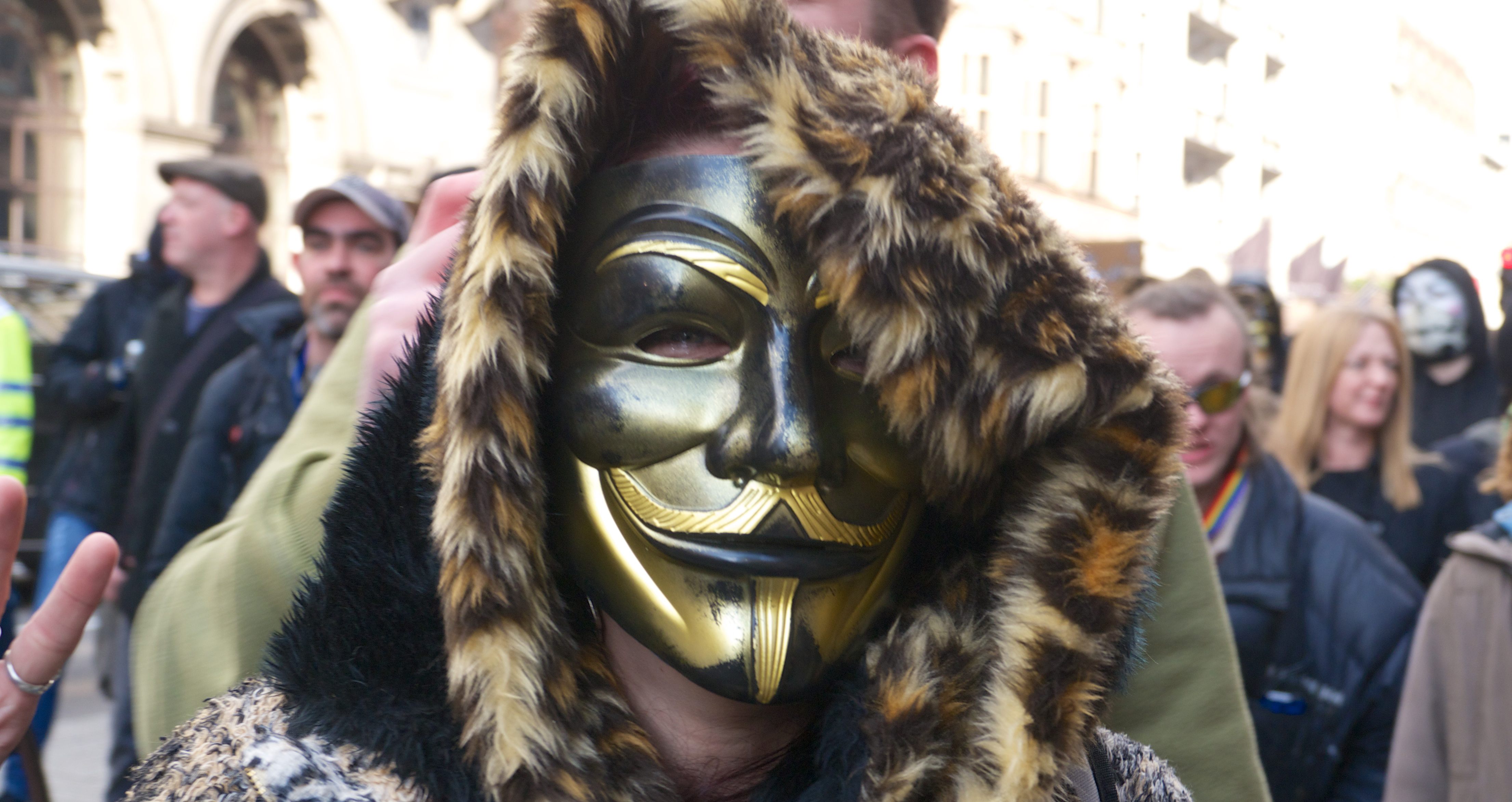 On the march against corruption

Sporting a wide range of banners, the ‘March against Corruption’ in London on 1 March was a strangely mixed crowd, with overtly right-wing elements, ‘anons’ in V for Vendetta masks, and anti-capitalists. Aside from one minor scuffle leading to an arrest, the march passed off as intended, peacefully, but I’m not sure if many passers-by would have understood the message.

The London event was organised on Facebook by a controversial character named ‘Mitch’, whose lack of previous internet or activist history, and his own claim that he used to be a policeman, splits opinion among activists. At the time of going to press, Mitch had not responded to an online request from PN for an interview about his background.

With recent history suggesting social manipulation at work across the world (Syria, Egypt, Ukraine et al), it’s notable that up to 1,000 people followed Mitch as he directed them round London to a tight timetable, visiting the Ecuadorian embassy to hear a message from Julian Assange, and then back via Downing Street to Parliament Square.

This was part of a ‘Worldwide March against Corruption’: with similar events in Australia, Canada, Nepal, the Netherlands and the US.