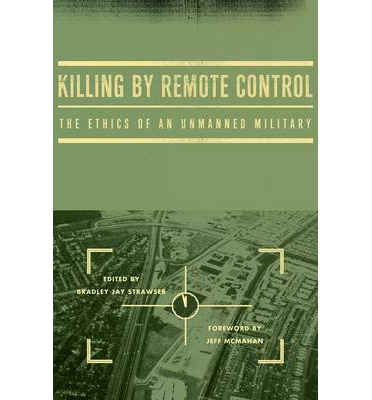 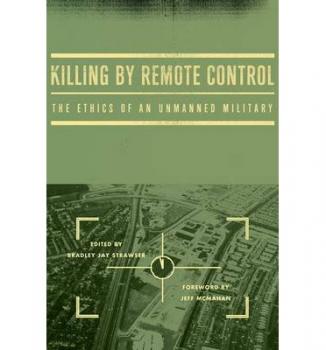 This collection of academic essays is edited by Bradley Jay Strawser, a philosophy professor at the US navy postgraduate school in California. Interviewed last year by the Guardian, Strawser was quoted as saying that, as far unmanned drones are concerned: ‘It’s all upside. There’s no downside. Both ethically and normatively, there’s a tremendous value.’

Like most collections of essays, some are better than others. In ‘Just War Theory and Remote Military Technology: A Primer’, Matthew Hallgarth, a former US air force major, obviously comes from the ‘guns don’t kill people, people kill people’ school of thought. Hallgarth comes to the rather shallow conclusion that there is no moral difference between an armed Reaper drone and a kitchen knife. Time, I think, for him to quit the moral philosophy business.

Other essays are more mendacious. Asa Kasher, former Israeli defence force major, now teaching military ethics at Tel Aviv university, argues in relation to civilian casualties from drone strikes that neighbours of ‘the terrorists’ are not ‘defenceless’ (meaning innocent) as they have ‘rendered themselves human shields of the terrorists.’ In other words they’re responsible for their own deaths as they happened to be living near ‘a terrorist’.

One of the best essays is by Rebecca J Johnson, associate professor at the US Marine Corps university (not to be confused with Rebecca Johnson, co-founder of Aldermaston Women’s Peace Camp(aign) and the Acronym Institute for Disarmament Diplomacy). Professor Johnson lays out clearly the legal and moral issues in relation to counter-insurgency (in particular who may or may not be targeted) and investigates how the use of unmanned systems should be able to improve our ability to distinguish between civilians and combatants.

While I ultimately disagree with Johnson – for example there is little evidence in the public domain that shows drones make it easier to distinguish between civilian and combatants, indeed a recent study has shown that 10 times the number of civilian are killed in drone strikes than in manned aircraft strikes – she makes many interesting points. For example, she notes that in today’s wars civilians are always part of the battle space and always threatened, but that war fighters can remove themselves and be safe either through use of drones or crude, remotely-triggered, improvised explosive devices.

Overall Killing by Remote Control gives an interesting insight into the ‘pro-drone’ side of the moral arguments surrounding the growing use of drones. The most common argument in the book – one that occurs in some form or other in almost all of the essays – is that ‘X’ moral problem is not new or exclusive to the use of drones.