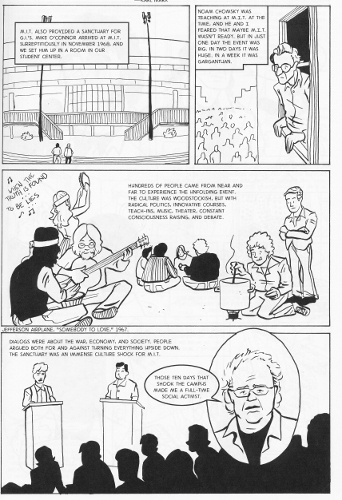 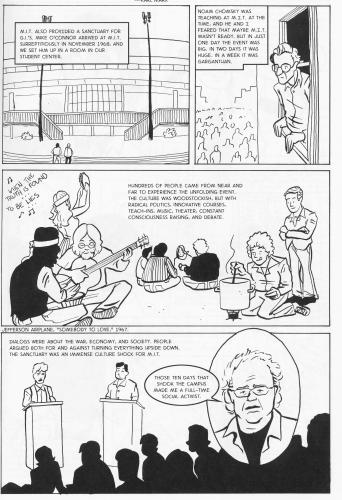 Parecomic: The Story of Michael Albert and Participatory Economics is a clear, thoughtful and compelling introduction to some of the most challenging ideas around, and to an inspiring life of radical construction. After leading revolutionary student activism in the top scientific university in the US, MIT (the sanctuary described above had a huge impact), Michael Albert was the driving force in creating: an important radical publishers (South End); a major radical magazine (Z); the world’s biggest radical website (ZCommunications); a radical summer school (Z Media Institute); and, recently, a left-wing alternative to Facebook (ZSocial), and the ‘International Organisation for a Participatory Society’ (IOPS). Sean Michael Wilson and Carol Thompson have created an excellent 240-page graphic novel of Michael Albert’s life and thought, carefully explaining ‘parecon’, a new vision of a liberated society.