What I liked about Peace News Summer Camp

Comments from the Campers' evaluation forms ... 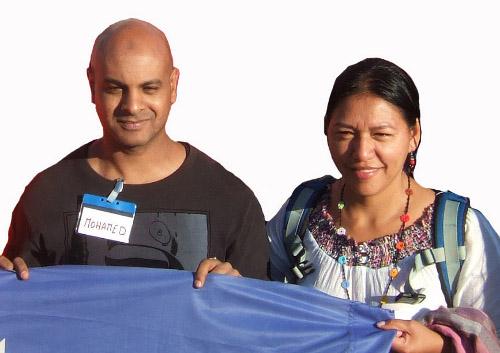 These are most of the comments written on the end-of-camp evaluation forms we collected. One form deserves to be printed in full:

What I liked: I really liked the food and the children’s space but my favourite was the talent show. It really was a lot of fun and this camp has been a real success and the location was really beautiful.

What could be improved: More bins dotted around the area and more games at morning meeting to encourage more people (especially children) to come along. More spare tents facilities brought next year.

Other comments: I didn’t do any workshops, but my friends said they were all good. I’ll definitely come again next year.