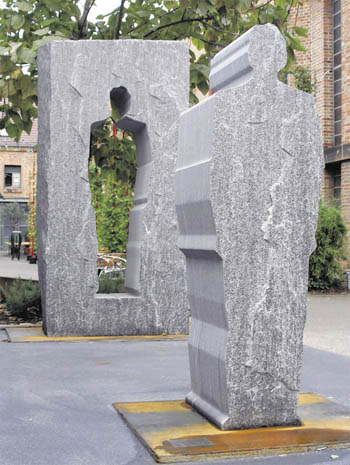 30,000 German soldiers deserted during the Second World War: 20,000 were executed 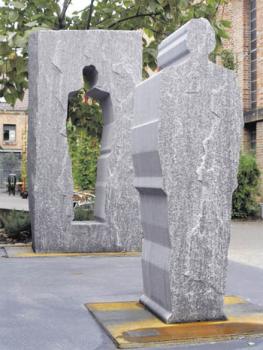 Most friends in the peace movement are familiar with the name of Franz Jägerstätter. There were other conscientious objectors who, like him, refused to fight Hitler’s war of aggression and paid the ultimate price. A few of these are pictured in Lars G Petersson’s book Deserters (2005), which mainly focuses on the 30,000 German soldiers who deserted while on active duty in the Second World War. 20,000 of those condemned to death were actually executed. Compare this to the 48 executions of German soldiers during the First World War and you grasp the enormity of this depressing story.

What makes it particularly poignant is the fact that those who handed out the draconian sentences thrived in prestigious positions in post-war Germany, while their victims continued to be despised as traitors and cowards. This injustice of history is well documented in Lars Petersson’s book.

Little-known in this country is the fact that over the years there have been many local initiatives in German and Austrian cities to remember the victims of these judicial crimes by sponsoring the placement of special memorials dedicated to deserters. There are now nearly 20 of these memorials in major German cities (there is one in Vienna as well) with international sculptors having submitted impressive designs.

The Swiss sculptor Ruedi Baur intended to alert viewers to ask themselves at what point in this chain of solidarity resistance becomes obligatory. The memorial is in close vicinity to today’s ‘NS [National Socialism] Documentation Centre’, formerly the torture centre of the Nazi secret police. Research in the archives established that 104 natives of Cologne were condemned to death during the Second World War on the grounds of desertion.

Another memorial of impressive design was created by the Turkish sculptor Mehmet Aksoy. Initially planned for Bonn, where it did not receive the necessary approval by the city council in 1989, the memorial can now be seen in Bonn’s twin city Potsdam, where it was welcome after Germany’s reunification.

Imagine a huge rock of compelling solidity in whose centre a hole is cut in the shape of a male figure – the absent soldier as it were. This absence creates anxiety in the viewer. It may lead on to thoughts about the long-lasting absence of reflection on this particular group of victims in post-war German consciousness.

Compared to the brevity of time that it took for the officers who had plotted to assassinate Hitler to gain honoured status in national memorial services, it took several decades for Hitler’s deserters to be given some form of credit for their refusal to fight for the Third Reich.

The growing peace movement in the cold war days of cruise missiles and Pershing deployment contributed to a new assessment – at least within the left spectrum of the population. Suddenly a new memorial was unveiled – a memorial dedicated to ‘The Unknown Deserter’. It was immensely controversial, but found a home in the left-wing cultural centre Gustav-Heinemann-Bürgerhaus in a northern suburb of Bremen in 1986. It’s not all that impressive to look at, in that it simply consists of a soldier’s head on a plinth. But what made it so conspicuous and outraged its critics was the fact that this head is wearing the NATO helmet.

The initiative originated with a group of Bundeswehr reservists who opposed NATO’s declared nuclear first-strike policy. Other memorials were to follow: Kassel in 1987, Munich in 1987, Göttingen in 1990, Stuttgart in 2008 (see photo) — to name just a few.

The flourishing peace movement of the 1980s, that attacked militarism right, left and centre, eventually also encouraged a group of 36 surviving deserters to contact one another and offer solidarity to fellow victims of hate mail and contempt.

Ludwig Baumann, today the only surviving deserter still alive and active in this cause, founded the ‘Federal Union of the victims of NS military justice’. The organisation worked tirelessly, against passionate resistance from influential military and political circles, for the de-criminalisation and full rehabilitation of all deserters from Hitler’s Wehrmacht. Support came from the central council of Jews in Germany and from the synod of the Protestant church. But it was not until September 2009, 64 years after the end of the war, that this rehabilitation was finally granted by the German parliament (Bundestag).

Annette Bygott trained as a teacher of languages and RE with special emphasis on interfaith dialogue. She lives in Oxford.