2014 and a Wales Peace Institute 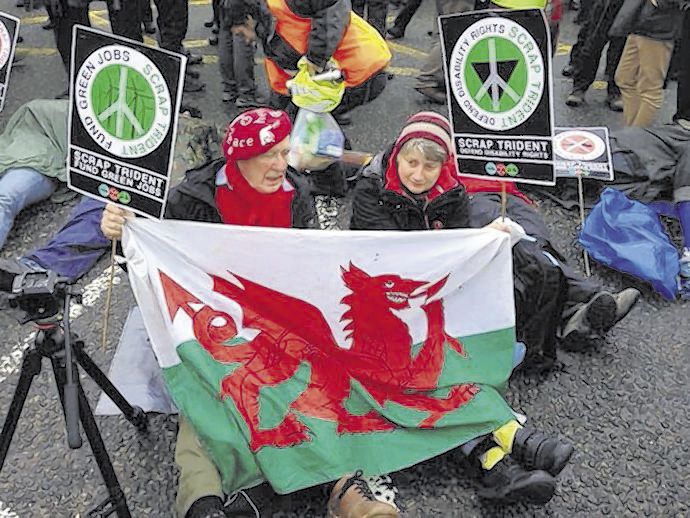 Jill Evans, Plaid Cymru MEP, is calling on Wales’ first minister to make peace the theme of next year’s centenary commemorations of the start of the First World War.

At the Wales Peace Institute conference in Aberystwyth on 23 March, she said: ‘Wales has a close affinity with Flanders where so many young Welsh men were killed. The Flemish government has made the spreading of peace one of the most important aims of the 1914 remembrance project. The overwhelming majority considered it a government duty to inform people of the horrors and madness of the First World War, the legacy being that it should never happen again. We have to commemorate the start of this terrible war and we have to remember the people who suffered so much.

‘I am calling on the Welsh government to make a real commitment to peace in 2014. In Flanders, a human chain has been suggested along the entire Western Front from Nieuwport to the French-Swiss border. What an incredible statement that would make. I am suggesting that Wales should take an active part in events such as that and that we organise a Welsh Heritage Walk in Flanders. This is an important period of our history and one we need to understand better in order to learn from it.’

The Peace Institute conference took up the baton of a project which was first mooted in 2008 at the Wales Peace Festival in Bangor.

Jane Harries told Peace News that, despite heavy snow, over 70 activists gathered in the Morlan Centre to discuss how to develop the campaign. The conference began with three keynote speakers.

Jill Evans spoke about the examples of the Peace Institute in Flanders and the Åland Islands Peace Institute in Finland. Robin Gwyndaf of the Fellowship of Reconciliation talked of the long and rich tradition of promoting peace and justice in Wales. Jenny Pearce from the department of peace studies at Bradford University highlighted that creative and peaceful ideas and movements often come from societies which have suffered and understand oppression and are eager to work in more cooperative ways.

Inspired, the conference broke into groups to discuss what sort of Peace Institute Wales needs and the conclusion was that the main focus should be research. Independent of government, the Peace Institute would play an advisory role, paying attention to voices from the grassroots and from beyond Wales. Next year’s centenary commemoration of the beginning of the First World War presents an opportunity for the establishment of a Wales Peace Institute. The conference closed with those present nominating and electing a project steering group.

Stop press: There are rumours in the peace movement in Wales that Cynefin y Werin is to close down. A network promoting peace and justice, Cynefin y Werin is closely associated with the Wales Peace Institute project, which apparently will go ahead despite the network’s rumoured demise.
More information: www.cynefinywerin.com