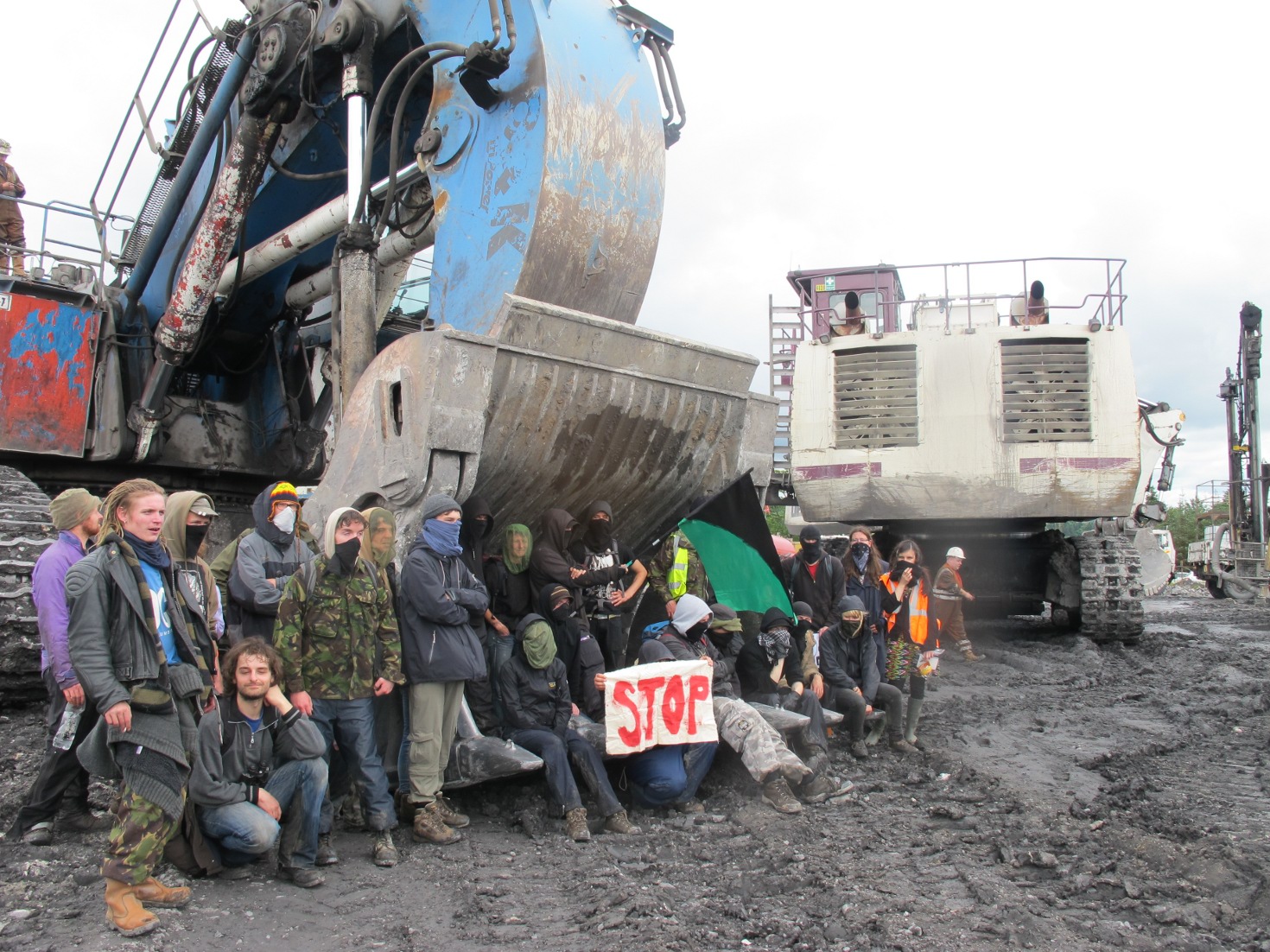 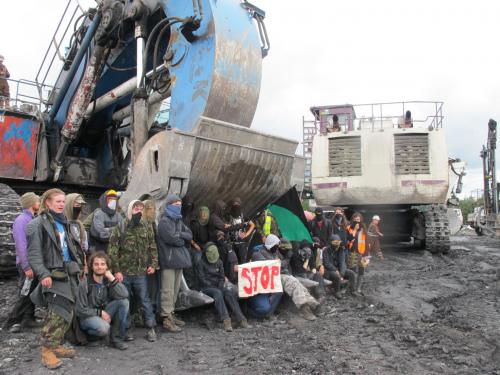 On 14 July, 45 people invaded Scottish Coal’s Mainshill open-cast coal site near Douglas, South Lanarkshire, and shut it down for the day. Machines including a ‘prime mover’ were occupied and all work was stopped completely.

The occupation was part of an action camp held in Douglas Valley in the Southern Uplands from 12-18 July. Other actions included blockading the entrance of Broken Cross open-cast coal site and ‘open-casting’ the lawn belonging to Lord Home, who makes millions from leasing his land to Scottish Coal.