Gilad Atzmon: The Wandering Who? A Study of Jewish identity Politics 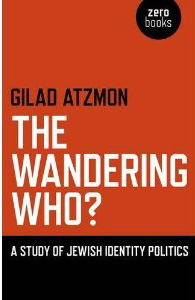 Gilad Atzmon has created a firestorm of controversy with this examination of Jewish identity, so I read it with some trepidation.

In the end I found it an engaging read, simply written, about complex ideas. He refuses to hedge words, to compromise in order to create allies, and in some cases he seems to have gone over the top, intentionally provoking friends and enemies alike.

Atzmon grew up in Israel, the grandson of one of the radical founders of Israel. As a youth, his burgeoning fascination with the saxophone and jazz music led him to a different understanding of Zionism - something cemented by his experiences in the Israeli Defence Force.

Atzmon’s main target is Jewish exceptionalism, and he dissects the phenomenon using the tools of his education in philosophy. And while one suspects that Atzmon is more comfortable as a musician than as a philosopher, what he discovers is critical in understanding Jewish identity and the continuing evolution of Israel.

This book is directed primarily at Jews, but anyone interested in identity politics – or in any aspect of the Israeli/Palestinian conflict – will find it fascinating, if a little bit like watching someone smashing windows.