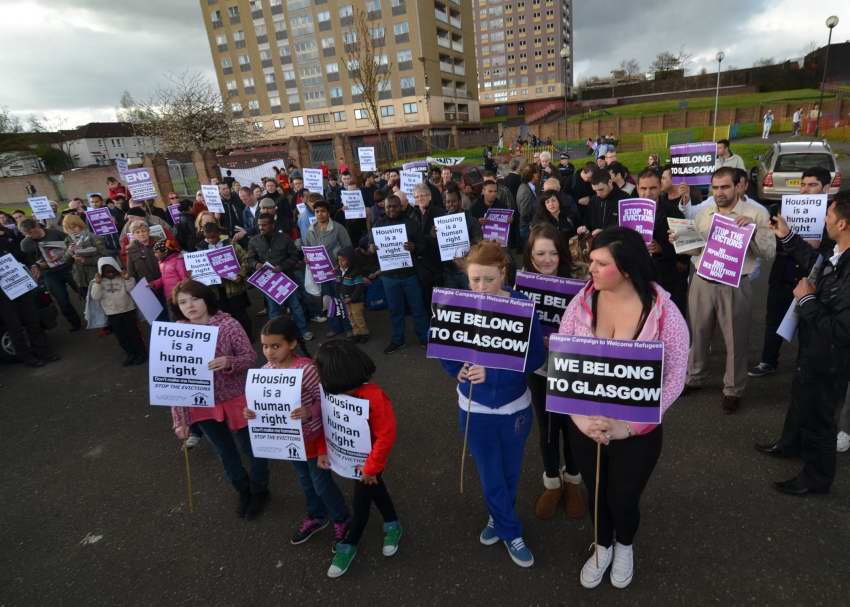 Up to 140 Glasgow asylum seekers are to be evicted by their landlord, Ypeople, in the next few weeks. They will be left with no home as well as no access to work, benefits or any state support. 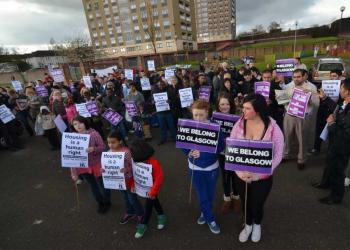 The asylum seekers have had their claims for asylum refused even though most of their countries are too dangerous to return to. Their home countries include Iraq, Iran, Afghanistan, Somalia and Zimbabwe.

Some people have received letters saying the locks on their doors would be changed in the next two weeks.

One said: ‘If I sleep on a friend’s sofa, they will be in big trouble. I have no money and nowhere to go. What am I supposed to do? I can never go home to my country. I thought I would find safety in the UK but I might have to sleep in the streets.’

Ypeople is a charity funded to provide accommodation to vulnerable people. They claim that the situation is unavoidable while they hand over their contract for housing asylum seekers to Serco, a giant multinational which profits from running prisons and detention centres.

The handover period runs to November, but Ypeople have decided to evict everyone immediately.

Community groups say they will not be able to cope and have appealed for help. They have also asked for individuals and groups to lobby Glasgow city council who originally contracted with the government to house refugees.

Protests have taken place at Red Road flats which accommodates many asylum seekers and at the immigration offices at Brand Street.