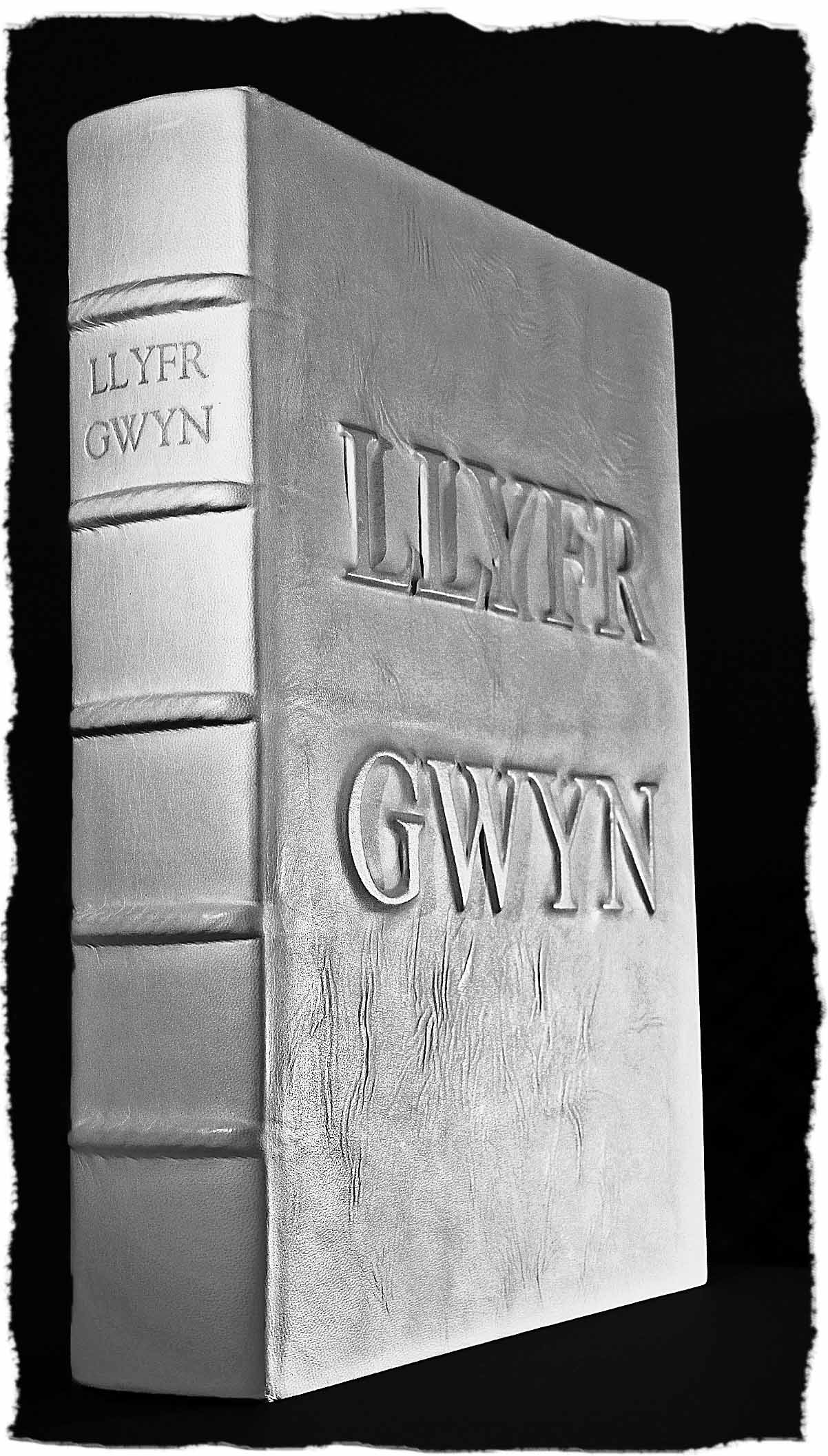 The White Book of Carmarthen is one of the most extraordinary peace movement projects in the world.

‘By signing my name in the Llyfr Gwyn, I commit myself to work for peace in the world.’

PN spoke to renowned poet Mererid Hopwood, the first woman ever to win the bardic Chair at the National Eisteddfod of Wales (in 2011), who was one of the principal movers behind the White Book.

PN: Could you describe the White Book?

Mererid Hopwood: My poet friend from Mumbai, Sampurna Chattarji, has just said that the book feels like ‘sumptuous simplicity’! It’s heavy and beautiful. A work of art. A gentle white – no frills.

PN: Could you explain the inspiration behind the book?

MH: The Black Book of Carmarthen is the number one treasure in our National Library in Aberystwyth. It is the oldest manuscript in the Welsh language, dating from the early-mid-thirteenth century. It is probably in the hand of a scribe who lived in the Priory of Carmarthen. It contains poems, prayers, scriptures and fragments of our literary heritage.

In 2007, the youth movement in Wales, Urdd Gobaith Cymru, was bringing its annual national festival to Carmarthen (this is the largest youth festival in Europe) – and, as part of its celebrations, it broadcast the annual Good Will Message from our town. This is a message expressing the desire of the young people of Wales to be at peace with the world.

It struck some of us as bizarre that, as adults, we seemed to abandon the notion of expressing Good Will to the world, and we thought we should follow the example of the youngsters.

It was around this time that talks about renewing the Trident nuclear weapons were again prominent.

A few like-minded people came together and we set up a local branch of Cymdeithas y Cymod – which is the Welsh wing of the International Fellowship of Reconciliation.

We needed a powerful symbol as a focus for activity, and we agreed on the idea of raising money to commission a beautiful new book for the town. This time, the book would be a White Book – its pages empty, only becoming really valuable once the pages had been filled with signatures of those who wanted to dedicated themselves to work for peace in the world.

The book was made by a wonderful local craftsman, Julian Thomas.

It cost approximately £2,000 to make – the funds were raised through all kinds of voluntary activities, talks, commissions to write and donations.

Finally, on 21 September 2011, International Peace Day, in collaboration with the town council, we were able to open the book in a simple but moving ceremony.

The impact, in Wales at least, has been significant. The opening of the book even made the BBC evening news, and the invitations for it to be taken to various events across the country are numerous.

The White Book has already been taken – in a specially made box – to towns, villages, halls and vestries throughout the country.

Today (21 April), for example, it will be at the Tregaron Peace Fair which is a celebration of the life of Henry Richard, the great Welsh Apostle of Peace.

PN: Will the White Book ever meet the Black Book?

MH: It would be wonderful if the two books could ‘meet’! It would have to be, if not behind closed doors, then certainly within glass cases, on account of the strict conditions in which the Black Book must be kept.

The National Library of Wales is aware of the ‘newcomer’, and, who knows, perhaps once we have filled its pages they can be displayed side-by-side.

PN: How effective do you feel the White Book has been?

MH: It has at least been effective in raising the profile of peace and pacifism in Wales – time will tell if it succeeds in the aim stated in the poem on its box. This expresses the hope that we shall soon see a better, peaceful future without war or enemy: