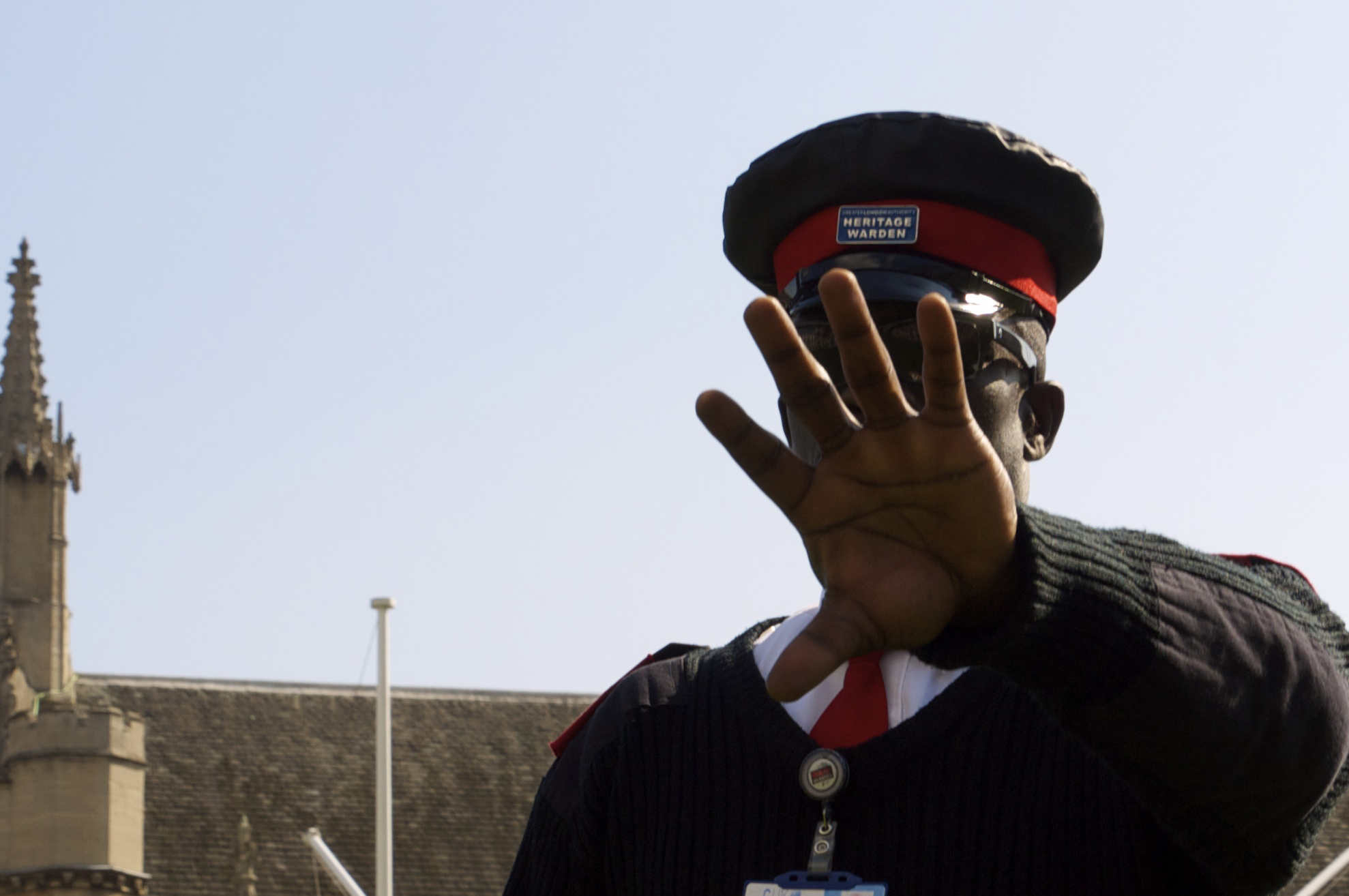 The police continue to prevent journalists doing their job 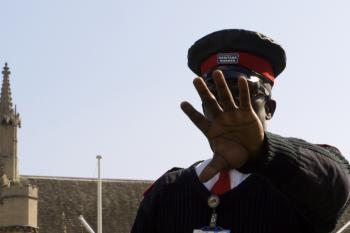 While documenting Budget Day protests in central London on 21 March, I wandered across Parliament Square and was accosted by two ‘Heritage Wardens’ warning me that the grass was out of bounds. As Boris’s fences have finally been removed so that the public can once more enjoy this historic space, I refused to leave, and the police were summoned.

One constable told me a new byelaw forbade me remaining there ‘for any length of time’; another warned me I wasn’t allowed to take photographs.

After I challenged both claims, a sergeant arrived with a copy of the byelaws, which he studied until a police inspector approached. After a short conference, they called off the constabulary without apology.

The wardens questioned me about the use of my photographs and shooed tourists off the square like pigeons. I carried on filming.

I later introduced myself to the head of CUK Security, Dean Eardley, in charge of the wardens.

Giving me his details, he promised to respond to my complaints. He claimed that online posting was regarded as commercial photography and was therefore banned. I asked if this included tourists posting holiday snaps to the photo-sharing website Flickr, and he said that it would only include certain ‘anti-mayor’ or ‘anti-London’ sites.

He said the GLA press officer would provide a list of the sites.

Since that day, I have contacted Mr Eardley several times and given him the opportunity to contribute to this article. I’ve also tried to speak to the GLA, but no-one there has been able to provide me with a list of banned sites or any further information.

In response to a short video of the events (posted on London Indymedia), I’ve had tremendous support from professional journalists who have taken up the matter in various forums, bringing it to the attention of the Metropolitan Police, the borough commander, and the mayor’s office.

This story is not just about photographers’ rights, but also about responsibility and accountability.

To date, no-one has been held to account, no apology has been offered, and heritage wardens continue to hassle people carrying out harmless activities in public.

In April, I filmed a warden prohibiting a young guy from practising some juggling in Trafalgar Square. Just whose ‘heritage’ are they protecting?

In a recent Olympic press briefing, police confirmed they may use section 76 of the Counter-Terrorism Act this summer. Section 76 allows police to arrest anyone taking photographs of members of the police, the armed forces or the intelligence services.

Rikki is a freelance photographer: http://london.indymedia.org/videos/11961