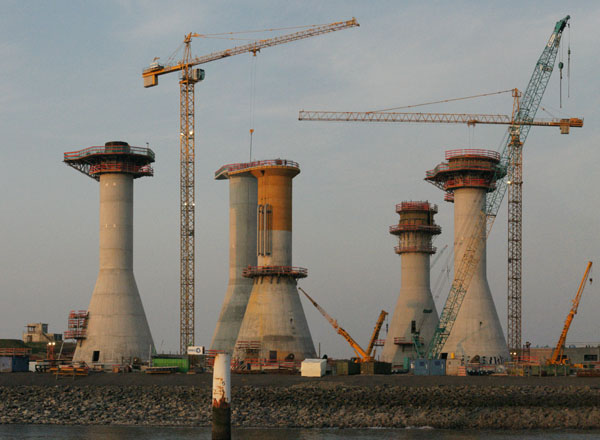 There is a way to boost jobs and the economy, and at the same time help to avert devastating climate change, according to the One Million Climate Jobs campaign. 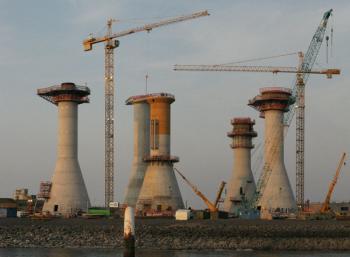 Between 12 and 24 May, trade unionists and climate activists from the One Million Climate Jobs Campaign will be touring the UK in a Climate Caravan inspired by the Trans African Climate Caravan of Hope of 2011.

Climate jobs are not ‘green jobs’ in the national parks or in pollution control. Climate jobs actually cut emissions of greenhouse gases: insulating and renovating buildings to make them more efficient; building new buses and railways for expanded and more climate-friendly public transport; manufacturing and assembling wind farms onland and offshore; building a new national energy grid, and so on.

According to the report ‘One Million Climate Jobs’, produced by the Campaign against Climate Change trade union group, the plan could cut Britain’s emissions by 80% over 20 years, ‘the lion’s share of what we need to do’.

Investing in these jobs will also help to the British economy.

The ‘One Million Climate Jobs’ report argues that austerity is not the answer to the financial and economic crisis we are in: ‘Cutting public spending in the middle of a recession starts a spiral downwards.’

Joseph Stiglitz, who won a Nobel prize in economics in 2001, has waged a one-man campaign against austerity, saying the problem is ‘a shortage of aggregate demand – the demand for goods and services that generates jobs.’

What is needed, acccording to Stiglitz, is productive spending by government in economically-fruitful areas such as education, health, infrastructure and technology, what Stiglitz calls: ‘high-powered investments’.

If there are going to be cuts, Stiglitz argues they should be in areas with low returns on investment, such as wars and ‘weapons that don’t work against enemies that don’t exist’.

Demilitarisation cuts some jobs. If Britain’s Trident submarine-based nuclear weapons system is not replaced, the hardest-hit area would be Barrow-in-Furness, Britain’s only submarine-building shipyard.

As pointed out in the 2010 CND report, ‘Trident, jobs – and the UK economy’, the Barrow shipyard could use its specialised skills in niche areas including ‘the manufacture of turbines to harness marine and wind energy’. This is precisely a climate jobs sector identified in the One Million Climate Jobs report.

The TUC argued for a ‘Just Transition’ to a green economy in its 2009 report, ‘A Green and Fair Future’.

A Just Transition is one that wins public support for desperately-needed environmental policies by ensuring ‘a fair distribution of the costs and benefits of those policies across the economy’, and involving those affected in economic planning.

US climate scientist James Hansen, the ‘father of global warming’, has become so desperate at the situation he has been taking part in nonviolent civil disobedience.

Hansen said in January: ‘If we’re hoping to maintain a planet that looks like the one that humanity has known, we’re out of time right now.’