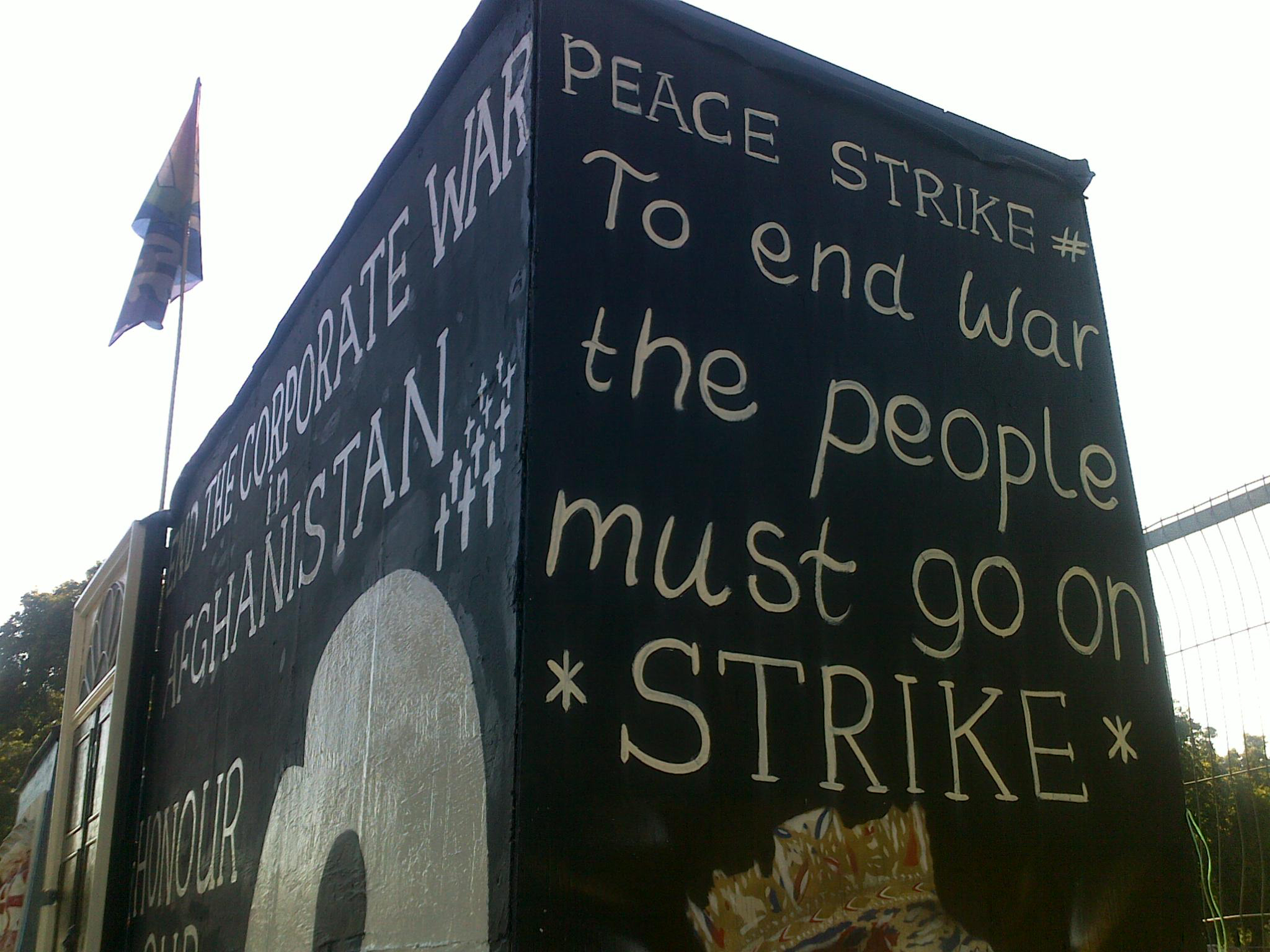 A ‘Peace Plinth’ that has been the centrepiece of Peace Strike’s round-the-clock vigil in Parliament Square for over two years has been transported to the US. It will form part of the BritWeek T4C Artists Competition in Los Angeles. Since its construction at the Kew Eco Village in November 2009, the six-foot-high plinth has been used to display work by a range of artists, including Banksy and Johan Andersson. A second plinth remains in Parliament Square, where it is currently protected by a high court injunction obtained by Peace Strike’s Maria Gallastegui, following the introduction of a new law prohibiting such structures (see PN 2544). www.peacestrike.org photo: Peace Strike