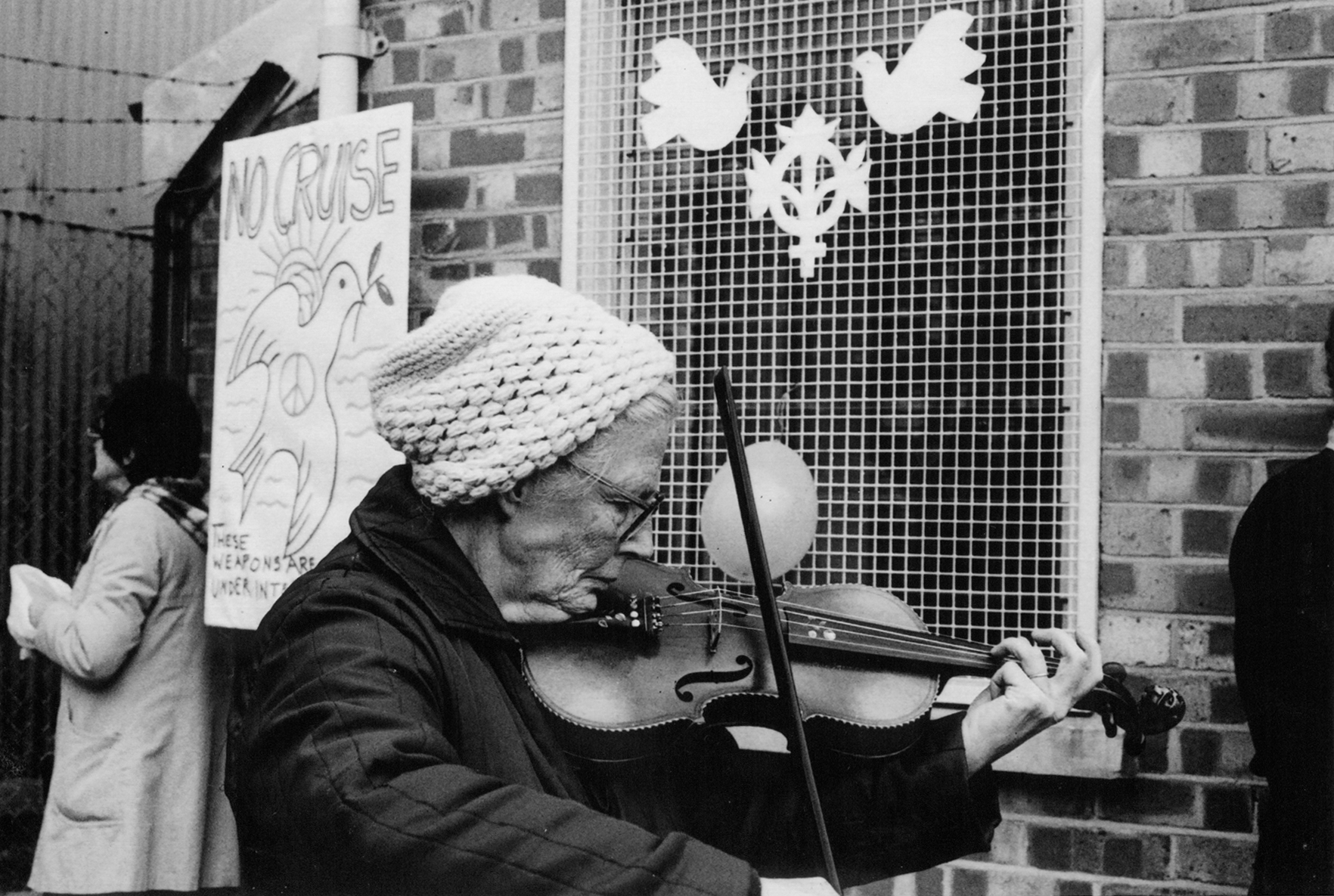 Linguist, musician and mother of six 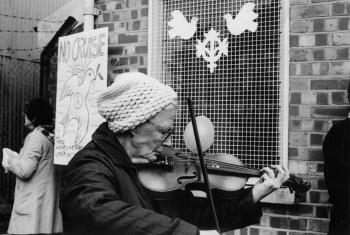 Frances at USAF Hythe, Southampton, 9 November 1983 when Greenham women set up peace camps at the 102 US bases around Britain, in support of their court case in the US against the siting of cruise missiles in the UK. PHOTO: Paul Carter

Frances MacKeith became a Quaker in the 1960s when she moved to Winchester with her husband Stephen. Here, as a lone ‘peacenik’, she was regarded with a mixture of respect and apprehension as the Peace Woman by a Meeting not given to public demonstrations or protest.

She became Convenor of the South of England Peace Committee and joined many demonstrations against nuclear and conventional arms.

Frances taught literacy at Winchester Prison and became active in Winchester Action Group for Asylum Seekers, acting as a sponsor and demonstrating with her son Bill at Campsfield.

As an active member of Winchester Peace Group in the 1980s, Frances supported Greenham Women, taking food and firewood chopped by Stephen to the Peace Camp.

In her 80s, Frances took Nonviolent Direct Action against Trident, three times at Faslane, and also against the Iraq War. In court, she drew respect from police and magistrates, one of whom acknowledged her ‘transparent honesty’ when she defended herself with her considerable intellect, integrity and lack of posturing.

At Aldermaston Frances took part in vigils, demonstrations and blockades and enjoyed spending time at the Women’s Peace Camp.

At her crowded funeral, the genuine love and respect on everyone’s lips and in their eyes bore witness to the passing of an amazing, quietly powerful woman.

Her legacy was to make others think beyond their own experience and see her wider vision of a peaceful, tolerant world.