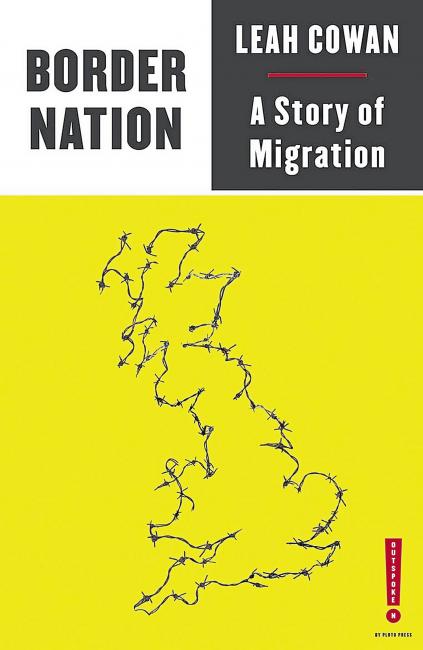 In this book, Leah Cowan dares the reader to imagine a country without borders , encouraging us to take off our ‘capitalist-tinted glasses’ in order to understand migration. She also recommends that we use her book as a companion to understanding the stories told by migrants themselves.

Challenging the view of migrants as ‘outsiders’, she recounts some of the history of British colonial expansion and resource extraction which has left many countries impoverished and economically depleted.

Countries such as Sudan, Hong Kong and Kashmir are all troubled today by ongoing conflict – and in each case there is a connection with British colonialism.

Migrants are often only following routes already well-established by their former colonial powers.

So why, Cowan asks, should migrants have to answer to the media’s representations of them as either ‘deserving’ or ‘undeserving’?

She also eloquently describes the cruelty of so-called de facto borders that deny migrants the right to essential services such as healthcare, education and housing.

And she also highlights the business opportunities that borders create, not only in their construction but also for the private companies that run immigration detention centres and provide the security for deportation flights.

In one of the book’s strongest themes, Cowan frames immigration policy as an attack on the working class, aimed at dividing and disempowering working people by pitting them against each other across racial lines and even across borders.

In reality, she notes, there are many instances in which migrants have been able to improve working conditions for everyone.

This explanatory guide is an important resource for anyone campaigning against borders.

Cowan’s unique style of writing mixes up the text with some entertaining, if baffling, metaphors.

For example, Britain thinks of itself as a ‘sturdy albeit unseasoned sandwich at the smorgasbord of many’.

There is no index but there are many accessible, non-academic references to encourage further study.