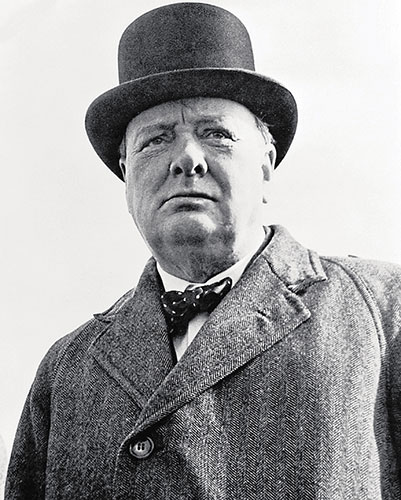 In a month-long phone-and-email BBC poll of the UK in 2002, Winston Churchill was named the greatest Briton of all time.

In 2018, in a YouGov poll, Churchill was picked by British adults as their most respected leader of the 20th century. (Gandhi came seventh.)

People with most respect for Winston Churchill are probably also the people who believe most strongly that the atomic bombings were justified in 1945.

These ‘justifiers’ believe that the Bomb was morally better than a long drawn-out land invasion of Japan. (See PN 2654.)

Imagine the surprise of the average justifier, then, if she were to discover that someone she respects so much, Winston Churchill, believed – at the time – that there were two non-atomic alternatives with a good chance of bringing about a Japanese surrender!

Of course, Churchill changed his tune as soon as the Bomb was dropped. He said in parliament, just a week after Nagasaki, that the only alternative was that ‘we should have sacrificed a million American and a quarter of a million British lives in the desperate battles and massacres of an invasion of Japan’.

However, for nearly a year before that speech, Churchill had pushed a very different line.

At the Quebec conference in mid-September 1944, Churchill told US president Franklin Delano Roosevelt that, when the Soviet Union finally declared war on Japan, ‘she would undoubtedly think twice about continuing the fight’.

Just the announcement that Russia was about to make war on her might bring about Japan’s surrender.

A few days later, on 27 September 1944, Churchill cabled Soviet leader Joseph Stalin, pleading with him to declare war on Japan as soon as the Nazis were defeated.

Churchill wrote: ‘The opening of a Russian military front against the Japanese would force them to burn and bleed, especially in the air, in a manner which would vastly accelerate their defeat. From all I have learned about the internal state of Japan and the sense of hopelessness weighing on their people, I believe it might well be that once the Nazis are shattered a triple summons to Japan to surrender, coming from our three Great Powers, might be decisive.’

The USSR and Japan had agreed a five-year neutrality pact in April 1941, before they started fighting each other’s allies.

Churchill recorded his words to Roosevelt and Stalin his book, Triumph and Tragedy, on p154 and p215.*

"Churchill believed that there were two non-atomic alternatives with a good chance of bringing about a Japanese surrender."

Churchill was not alone in his views. On 8 July, for example, two months after the German surrender, the top-level US–UK combined intelligence committee stressed that: ‘An entry of the Soviet Union into the war would finally convince the Japanese of the inevitability of complete defeat’.

Harry Truman, who became US president after Roosevelt’s death in April 1945, felt the same way.

The day after meeting Stalin at the Potsdam conference on 17 July 1945, Truman wrote to his wife: ‘I’ve gotten what I came for – Stalin goes to war August 15 with no strings on it.... I’ll say that we’ll end the war a year sooner now, and think of the kids who won’t be killed! That is the important thing.’ (Search for these words online and you’ll find Truman’s letter in declassified US government archives.)

There was another announcement that had a good chance of bringing about a Japanese surrender.

In February 1945, meeting with the US president and the combined US–UK chiefs of staff at the Yalta conference, Churchill suggested softening the terms being asked of Japan.

Up to that point, ‘unconditional surrender’ had seemed to mean accepting that Japan’s emperor, Hirohito, would lose his throne, face a war crimes trial – and likely be executed.

This was unthinkable for the Japanese establishment, given Hirohito’s god-like status.

In his 9 February 1945 meeting at Yalta, Churchill first said ‘it would be of great value’ if the USSR effectively declared war on Japan – by joining the US and UK (and China) in ‘a four-power ultimatum’ calling on Japan to surrender,.

He thought Japan, in those circumstances, would begin negotiating a surrender. In Churchill’s words, Japan would ask what ‘mitigation’ there would be of ‘the full rigour of unconditional surrender’.

Churchill argued that: ‘there was no doubt that some mitigation would be worth while if it led to the saving of a year or a year and a half of a war in which so much blood and treasure would be poured out.’**

In other words, allowing Hirohito to remain emperor of Japan was an acceptable price to pay – in Churchill’s eyes – for ending the war a year earlier.

Churchill put this point to Truman again, during a private lunch at the Potsdam conference, on 18 July 1945.

Bizarrely, Churchill had been asked to make this point to the president by the US and British chiefs of staff, who had agreed two days earlier, on 16 July, to ask Churchill to ask Truman for a weakening of the unconditional surrender terms.***

We don’t know if a Soviet declaration of war or sparing the emperor would have achieved a Japanese surrender in July 1945.

What we do know is that Winston Churchill believed they had a good chance of ending the war, especially if combined. We know that he pushed for one or both of these non-nuclear options at the highest level in September 1944, February 1945, and July 1945.

Instead, Truman dropped the Bomb on Japan before 15 August, and he didn’t soften the surrender terms to spare Hirohito until six days after Nagasaki. 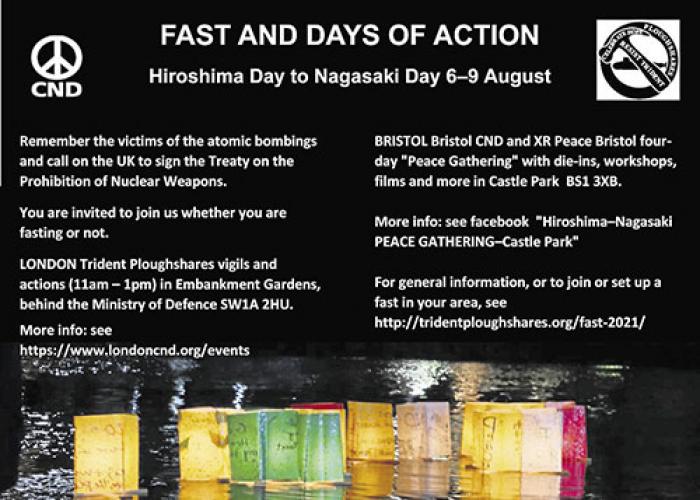 Campaigning materials based on these arguments will be posted on the PN website in August.