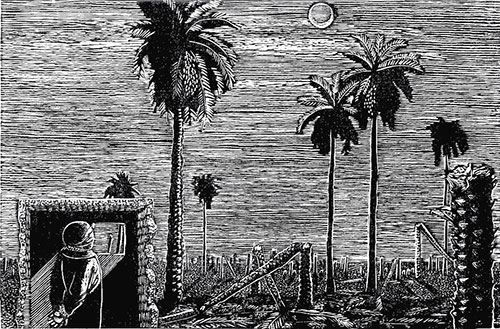 Cracks are being torn in the elite narrarive that has long framed its violence as a public service, writes David Gee

Some two decades after the atrocities in New York and Washington on 11 September 2001, it is hard, emotionally and intellectually, for me to contemplate hope.

Intellectually, because, over the last 20 years, things have grown so destructively worse at a global level that the possibility of hope is not at all obvious – it has to be dug for.

Emotionally, because those atrocities more or less marked the beginning of my journey with the peace movement and its hopes, and it has been painful to watch violence of all kinds deepen ever since.

Out of the blue

The story of 9/11 usually begins on that sunny September morning, when three planes came out of the blue to perpetrate a massacre that ‘changed everything’.

However, the US had been projecting its military and economic power right through the Cold War, dominating resources abroad and controlling the narrative at home.

In that respect, the global aggression that followed 9/11 was nothing new.

Aided by its corporate media and abetted by its client states, the US successfully manipulated public grief into a desire for decisive revenge.

This, it seems to me, was the critical shift.

The hand of the ideologues of global dominance was suddenly strengthened and the way was paved for devastating, futile, neocolonial war, first in Afghanistan, then in Iraq.

To watch, even from a distance, the continuing havoc wreaked by western colonialism is, for me and I know for many others, to be shaken.

The first question is not how to hope, but how to mourn.

Yet it also feels essential to look for hope, even in this traumatised global landscape – perhaps especially there.

I do not mean a search for signs of optimism, some hint that things may be looking up.

A world on the brink cannot afford such confidence in the future, any more than it can afford the fatalism that a flimsy optimism often collapses into.

By ‘hope’, I mean a feeling for what is worth living for, and the choice to live for it – today, whatever tomorrow may bring.

To look for hope is to ask what might be confirming and encouraging us in the work of nonviolence, even amid the deluge of violence.

I have spent the last few years exploring the meaning of hope, listening to people talk about what it means for them.

"A world on the brink cannot afford confidence in the future."

They tell me about the loss of social and political hopes that turned out to be false – and they also describe the hopes that survive.

These are not the things that commonly pass for hope. A casual faith in liberal-democratic institutions, for example, tends not to be among them.

Real, durable hopes turn out to be more deeply humane, and less tidy, than that.

The scene is the aftermath of the bombing by US forces of a date palm grove in Iraq.

The figure in the corner, blindfolded and bound, has no cause for optimism.

He will not be waiting patiently for the people of the United States to elect an antimilitarist president.

The violence does not surprise him – nor does it overcome him.

He is not defeated, because he has not forgotten who he is or what is worth living for.

For me, this figure symbolises one sound reason for hope that the last 20 years have vindicated.

He stands witness to the incompleteness of dominant power – its failure to monopolise the future.

The US and its client states throw all they can into containing and controlling the world, and still they cannot. Nor could the Soviet Union, and nor shall China.

But elites still, pretty much, monopolise the narrative in the present.

For all its carnage abroad, the utter failure of military and economic imperialism to deliver on its rhetoric at home – to make us safer and richer – ought to be bringing down governments.

Tony Blair’s fantasy that war in Afghanistan would safeguard British children from the heroin trade becomes all the more absurd now that many thousands of those children cannot even eat without a food bank.

And yet, while ecological and social crises abound, the prevailing public mood is to keep calm and carry on.

I think in particular of the leafy middle-class neighbourhoods of middle England, with their cloned high streets, which I find the least hopeful of places.

To be in the middle is, by definition, to be nowhere near an edge. And it is at the edge, as the figure in Emily’s engraving suggests, that hope is to be found, pushing inwards.

Thinking and doing from the edge, as seen in the various anti-capitalist, anti-racist, and ecological movements of this new millennium, is repeatedly tearing holes in an elite narrative that has long framed its violence as a public service.

The dominant, politically tranquillising narrative no longer has command of the public consciousness. Even in the ‘middle’, most people may be carrying on, but few are keeping calm.

The high dream of the western consumer-capitalist-military complex as guarantor of peace and servant of prosperity may be finally cracking – as it needs to.

I find the notion of the ‘apocalyptic’ useful here.

The root of the word is not destruction, but laying reality bare – to see through the veil of illusions that sustain a violent world so that a new beginning becomes possible.

An apocalypse need not be a single, sudden event. It can also be a process – a perpetual ‘now’ in which the old ways crack and the new struggles to come into being.

In our own historical moment, the cracks in ‘old’ systems of power are allowing ‘new’ social and political possibilities to come forward.

One has been the movement for justice-oriented social change that coalesced around Jeremy Corbyn’s leadership of the Labour party, though I also look with alarm at the resurgent right.

The political showman-conman promising to ‘take back control’ is bound to appeal to an increasingly anxious, fractious public. The leader who gets us off the hook of having to face the world as it really is becomes a popular choice in a society under stress.

Yet against this rightward drift stand a growing number of people who, shaken by the ecological emergency, incensed by white supremacy, angered by systemic poverty, have had enough.

They are insisting on a fresh, vivifying politics that bends towards justice.

Theirs may be a hope on the edge, but it leans in. It has been changing the world over the last two decades and will be changing it over the next two.

So, I think we need not face our future empty-hearted.

The figure at the edge of Victory Palms – bound, blindfolded, but ‘bold’, as Emily describes him – is facing his. He is not, and should not, be alone.