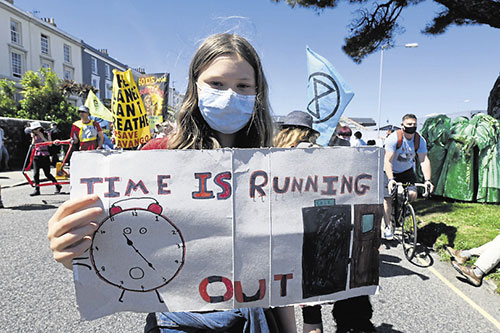 Extinction Rebellion (XR) reports that 1,000 climate ‘rebels’ descended on Cornwall in mid-June to try to influence delegations at the G7 summit.

On the first day, 11 June, activists from the Global South carried letters to G7 leaders, which security at the summit venue refused to take.

On the second day, rebels marched to the G7 summit media centre in Falmouth and demanded that the press report more effectively on climate change (see photo).

The police cleared the blockades in a couple of hours.