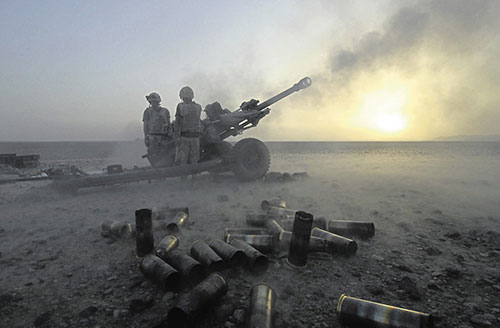 Looking back on 20 years since the al-Qa’eda attacks

After George W Bush won the closely fought race for the White House in November 2000, his new administration was loaded with neoconservatives and assertive realists determined to make America great again and usher in the New American Century.

It took only a few months to change foreign and security postures and set the country on the right path as leader of the free world, a neoliberal free market and a civilised world order based on its own values. This included the US withdrawing from key multilateral agreements such as the Kyoto climate change accords.

Self-belief was at a high. Right-wing commentator Charles Krauthammer put it memorably just a couple of months before 9/11: ‘The international environment is far more likely to enjoy peace under a single hegemon. Moreover, we are not just any hegemon. We run a uniquely benign imperium.’

For such a worldview, the 9/11 attacks were especially appalling, striking at the heart of this new vision.

Not just the United States but the whole of the US-led free world was under attack.

This added much to the determination of the Bush administration and especially the military to go to war, initially in Afghanistan in October 2001 and then in that centre of the ‘axis of evil’, Iraq, 18 months later.

At first, everything seemed to go right, with the New American Century quickly back on track.

In Afghanistan, the Taliban regime was terminated and al-Qa’eda dispersed in barely 10 weeks. In Iraq, the Saddam Hussein regime collapsed in less than half that time.

Bush was able to give his ‘mission accomplished’ address from the flight deck of the USS Abraham Lincoln on May Day 2003 and from the Washington perspective all seemed well with the world.

The reality was very different.

Al-Qa’eda may have been dispersed but it provided a perverse beacon for embittered opponents across the world leading to devastating attacks in Indonesia, Pakistan, Morocco, Egypt, Spain, the UK, Kenya and elsewhere.

In Afghanistan, a dangerous security vacuum acted against efforts to build a semblance of peace. Western aid to Afghans was minimal as attention had moved to Iraq.

The Taliban had not been defeated but had just melted away. Within four years, it had re-asserted itself widely in rural areas.

Eventually, the United States decided that the war was unwinnable. Biden has now followed Trump’s lead, getting out hastily and leaving Afghanistan to yet more conflict.

In Iraq, the plan was for a pro-American free market economy built on oil wealth, a beacon of the US-led neoliberal future at the heart of the Middle East.

By 2008, the United States and its allies were embroiled in costly wars in two countries and the Iraq war had become so unpopular that Barack Obama could run his 2008 presidential campaign on a policy of withdrawal.

That had largely been completed by 2011, with the US and other western troops getting out quickly, having convinced themselves that the most violent of the al-Qa’eda offshoots, al-Qa‘eda in Iraq (AQI), had been destroyed.

The killing of Osama bin Laden that year was seen as the final achievement in a decade of war.

This was not to be, with the Franco-British intervention in Libya another failed war.

Then came the resurrection of AQI as ISIS – which took control of much of northern Syria and Iraq in 2014 and even threatened Baghdad.

Obama then led yet another military coalition in an intense air war that lasted four years.

“We run a uniquely benign imperium.”

Boots on the ground were avoided through intensive use of armed drones and strike aircraft. Over 60,000 people were killed and the territory held by ISIS was clawed back by Iraqi troops, Kurdish units and Iranian-backed militias.

That campaign took until 2018 – three years later, western airstrikes in both countries continue.

Meanwhile, ISIS, al-Qa’eda and other Islamist movements slowly but surely increase their power in the Sahel and across sub-Saharan Africa down through Eastern Africa to the Democratic Republic of the Congo (DRC) and Mozambique.

Even as they do, the United States, the UK and other states prepare to fight remote wars to contain any ISIS or al-Qa’eda comeback in Afghanistan, Iraq and Syria.

Four failed wars should surely make military enthusiasts think again, but we should think much wider than that. That is just one part of three core problems with the current world system: security, economy and environment. All need to be challenged.

First, every major country has a strong and deeply embedded military industrial complex. Each incorporates arms companies, the military, the civil service, politicians, university departments and think tanks, with many revolving doors connecting them, all in a single system which is necessarily profit-driven.

Much of the complex is at least partly dependent on arms sales, with the bribery and corruption that often follows.

Trade unions have responsibility to their members and form part of the complex and will work for the success of the companies.

This results in a remarkably powerful lobby that has been aided in recent years by mergers and takeovers to produce a few dominant companies, usually transnational.

The whole complex simply has to have threats and enemies to ensure buoyant markets, with think tanks and academic centres often playing their part in identifying these.

If military postures face external criticism, they will fall back on the need for patriotism, with critics even labelled unpatriotic appeasers.

In the entire system, there is remarkably little recognition of the many recent failures, more a need to find new enemies – with China being the welcome new focus.

When it comes to the economy, the neoliberal model still dominates after 40 years, rooted in tax systems that favour the wealthy, a competitive free market with minimal regulation, wholesale privatisation and shrinking the role of the state in providing human and community support.

It is a system that just has to have losers as well as winners. It is the antithesis of co-operation and depends on enough money trickling down to the weak and marginalised to keep them sufficiently content.

It is failing all along the way, with the rapid increase in the wealth of the richest during the past 18 months nothing short of obscene.

Moreover, it is a system already shown to be incapable of handling COVID and which certainly cannot handle decarbonisation to prevent climate breakdown.

That brings us to the third problem, fossil carbon pollution and climate breakdown, the one area where there is already some hope.

The changes in the last decade in public awareness, activism and especially huge improvements in decarbonisation such as renewables, is hugely welcome.

The trouble is that where we are now is where we should have been 20 years ago, and time is short.

The risk is that climate breakdown is so easily securitised that it becomes a matter of protecting what you have, not co-operating with others to change our system and prevent it worsening.

That is where we are now and while many of us will want to concentrate our efforts on changing the military mindset or acting to prevent climate breakdown, all three elements – security, economy, and environment – need to be integrated into a single approach.

Quite a task and time is short, so there is much to be done.

Paul Rogers is emeritus professor of Peace Studies at Bradford University and an honorary fellow of the Joint Service Command and Staff College in Oxfordshire.