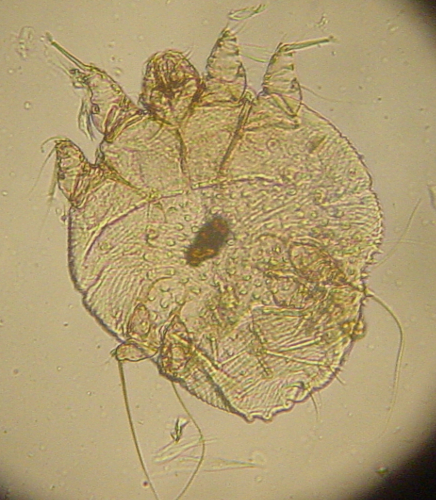 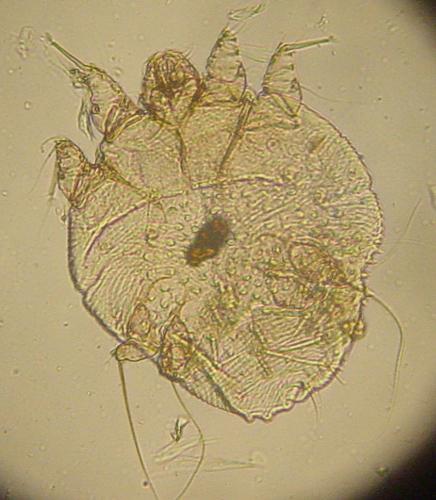 Some years after the Second World War, articles appeared in national newspapers in the UK headed ‘Volunteers Sought to Risk Death’ and ‘Human Guinea Pigs Plea’. They were advocating the setting up of a national centre where scientists could ‘infect people with diseases and try out drugs – even if the risk is death’, and were based on a research project during the war.

In 1940, professor Kenneth Mellanby was given a grant by Britain’s ministry of health for a year’s research into scabies, which was rife throughout the country. He needed volunteers who were interested, reliable, healthy and available for the year.

The only people who appeared to meet these criteria were conscientious objectors (COs).

Professor Mellanby approached the Peace Pledge Union, the secular British pacifist group which is still active today. He recruited 35 volunteers (three of them women) for the project which ran for over three years in a large empty house in Sheffield.

Professor Mellanby held the Sorby research fellowship of the Royal Society, and thus the Sorby Research Institute was born.

“Members of the Pacifist Service Units seemed both normal and intelligent – apart from their views on war.”

My father, Peter Saunders, was one of the first volunteers, arriving on 25 January 1941.

There are two books by Professor Mellanby detailing the experiments. The first, entitled Scabies, was a medical account published in 1943 as part of the Oxford War Manuals series, with the analysis and outcomes of the research, and drawings by my father of the Sarcoptes scabiei or the ‘itch mite’ .

The second book, published in 1945 and entitled Human Guinea Pigs, was a more personal account. Here Mellanby wrote: ‘not being a pacifist myself, and knowing very little about the philosophy and beliefs of pacifists… other than newspaper accounts… which made the men appear opinionated, pig-headedly obstinate and incurably ignorant.… Such views had been considerably shaken when I met several members of the Pacifist Service Units*, for they seemed both normal and intelligent… apart from their views on war’.

In April 1941, my father attended a local tribunal for COs in Leeds, and was placed conditionally on the register of conscientious objectors, provided he continued to work as a subject in the Sorby Research Institute, ‘as these experiments are considered of such importance’.

Along with other COs, he appealed against this decision. Although he was happy to continue in the work, he wanted the registration to be unconditional. The appeal was allowed at a further tribunal in September.

The research began by looking at the transmission of scabies, and by working closely with the armed forces. They turned one of the bedrooms into a ward for soldiers with scabies, so they had access to bedclothes and clothing from people with the disease.

The COs slept in infected sheets and wore clothes discarded by patients, but, after several weeks, nobody had contracted scabies and alternative theories were put forward.

It was considered that a large number of infected patients were of ‘low intelligence’, and it was suggested that COs were too intelligent to contract scabies.

There was also the suggestion that the disease was sexually- transmitted.

Fortunately, before either of these theories could be tested out, two of the COs contracted scabies, having spent a week in underwear still warm from a patient, and more people were infected by sleeping in the same bed as a patient.

Later, they removed the parasites from patients, and placed them directly onto the skin of the volunteers, with some submitting themselves to periods of infection of up to nine months at a time.

Volunteers were also divided into two groups, one which bathed daily, and one which only washed sparingly, but both groups developed scabies in precisely the same way.

Finding that the volunteers had time on their hands during these experiments, professor Mellanby and the COs agreed to undertake some dietetic research for the medical research council (MRC).

“It was suggested that COs were too intelligent to contract scabies.”

The volunteers were always closely involved with the scientific work and decision-making. They would undertake no experiments of purely military importance.

One experiment dealt with the properties of bread, in particular ‘national wheatmeal flour’, which mostly replaced popular white flour. Humans cannot easily digest 100 percent wholemeal flour, so it was necessary to determine what percentage gave best nutrition and digestibility.

The MRC also wished to determine whether the flour had an effect on the calcium balance and volunteers were given a restricted diet so that calcium was reduced or excluded.

The ‘shipwreck’ experiment was to determine the minimum amount of water necessary to keep shipwrecked personnel fit. Volunteers went for four days without water, and every four days the water was increased by half a cup.

They found it difficult to eat the dried food provided because of the lack of water, and all the experiments required the tedious measuring and recording of everything eaten, and collection of all their waste matter.

Volunteers were also subjects for experiments on surgical shock – the general collapse after a traumatic injury – and were injected with a substance that reproduced the symptoms.

Others were put on dull and restricted diets to determine the value of vitamins A and C to wellbeing. They experienced loss of night vision and scurvy. Some COs were bitten by mosquitoes in order to study malaria and its prevention.

In a radio broadcast in 1944 which my father took part in, professor Mellanby stated: ‘Our present experiments concern both questions of diet as these may affect the occupied territories of Europe, and also the prevention of infection with malaria.’

In 1942, the project was discussed in the house of commons. Hansard records the minister of health saying: ‘They have suffered discomfort rather than danger, but I am advised that they have not been free from risk of some prolonged disability…. It is most valuable work and I have no doubt it will have valuable results.’

Epidemiologist John Pemberton, who worked at the institute, wrote an article about the project for the International Journal of Epidemiology in 2006, saying: ‘I would like to… pay tribute to the volunteers who often underwent considerable discomfort, pain, and in a few cases, danger to life and helped to make some valuable contributions to medical knowledge….

‘Bearing in mind the strict requirements of the Declaration of Helsinki on medical research involving human subjects, it is unlikely that a similar opportunity for human experimentation… will be available in the foreseeable future.’

Friendships formed during the project continued for many years after the war. The coat of arms my father designed for the project introduced Sarcoptes to the realms of heraldry with the motto ‘Itch Dien’. (The German motto ‘ich dien’ means ‘I serve’.)

Ruth Saunders is a retired social worker living on the south coast of England. Her mother was the Austrian chef at the Sorby Research Institute and her father, Peter Saunders, was a pacifist volunteer there.

*The Pacifist Service Units were set up by the Peace Pledge Union to provide COs with socially-useful employment during the war.