It would be difficult to exaggerate the scale of our current ecological crisis. But not impossible.

In XR’s April 2019 video, ‘Act as if the Truth is Real’, actor and XR spokesperson Sam Knights says: ‘we're not alarmist and we don't exaggerate’. [1] Yet, from the beginning, some of XR’s most prominent spokespeople have done just that.

In his 61-page booklet, Common Sense for the 21st Century: Only Nonviolent Rebellion Can Now Stop Climate Breakdown and Social Collapse, dated 15 April 2019, Roger Hallam writes: ‘Climate and ecological breakdown will kill us all in the near term' unless we have a revolution of society and the state (emphasis added).[2]

Likewise, consider XR’s September 2018 video, ‘Heading for extinction and what to do about it’. [3] With over 114,000 views at the time of writing, this is by far and away the most-watched video on XR’s YouTube channel (and for a long time featured on XR’s homepage).

In its first half, XR co-founder Gail Bradbrook paints an increasingly bleak picture of the future, eventually jettisoning peer-reviewed research to cite the writings of Jem Bendell, an academic at the University of Cumbria, who we’re told believes that ‘societal collapse is inevitable and it's coming soon’ – possibly in three years' time.

‘Has it landed with you that your kids probably won’t have enough food to eat in a few years’ time?’, Bradbrook told Reuters this April. [4]

To be clear, there are some very, very scary possibilities out there.

For example, one 2017 scientific paper [5] – widely, though sometimes inaccurately [6], cited by XR – concluded that there was a five percent probability that global warming would reach catastrophic levels (greater than 3 ºC) by 2050 in two scenarios without climate policies. Clearly this would be an unconscionable risk to take.

Nonetheless, warnings of imminent famine, or worse, in the First World appear to be crying wolf of the worst kind. (Recall that crying wolf is dangerous precisely when there are real wolves around.)

Myles Allen is a climate scientist at Oxford University, and one of the lead authors of the UN Intergovernmental Panel on Climate Change (IPCC)’s October 2018 report Global Warming of 1.5 ºC.

In a recent article for The Conversation [7], Allen writes: ‘Today’s teenagers are absolutely right to be up in arms about climate change’.

However, while we might reach 1.5 °C of global warming by 2030, ‘an additional quarter of a degree of warming, more-or-less what has happened since the 1990s, is not going to feel like Armageddon to the vast majority of today’s striking teenagers (the striving taxpayers of 2030). And what will they think then?’

‘One of the most insidious myths about climate change’, he notes ‘is the pretence that we are all in it together. People ask me whether I’m kept awake at night by the prospect of five degrees of warming. I don’t think we’ll make it to five degrees. I’m far more worried about geopolitical breakdown as the injustices of climate change emerge as we steam from two to three degrees. So please stop saying something globally bad is going to happen in 2030. Bad stuff is already happening and every half a degree of warming matters, but the IPCC does not draw a “planetary boundary” at 1.5°C beyond which lie climate dragons.’

XR’s ‘apocalyptic organising’ is a mistake on several counts.

Firstly, because caveats, qualifiers and uncertainties matter (tell the truth!).

Secondly, because frightening people into action is probably not a good recipe for building and sustaining the long-term movements and campaigns that we’re going to need.

Thirdly, and perhaps most importantly, XR’s founders’ apparent belief that the apocalypse may be just around the corner is driving their commitment to the idea that only a rapid all-or-nothing ‘political revolution’ can save us – ‘The structural change we… now need has to happen too fast for a reformist strategy.’ [8] This makes for poor strategy (see ‘XR: The Plan’). 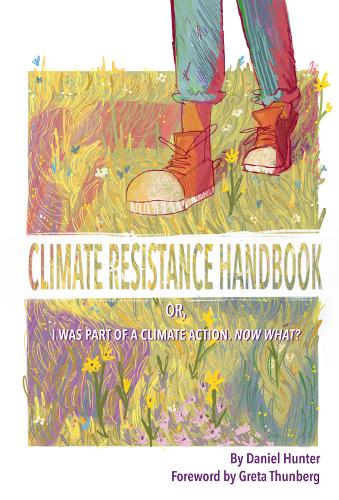 [3] Extinction Rebellion, ‘Heading for extinction and what to do about it’, 18 September 2018, https://www.youtube.com/watch?v=b2VkC4SnwY0 (hereafter ‘Heading’)

[4] Guy Faulconbridge and Andrew R.C. Marshall, ‘Extinction Rebellion has a message for the world - We've only just begun’, Reuters, 1 May 2019, https://uk.reuters.com/article/uk-britain-protests-climate-change/extinction-rebellion-has-a-message-for-the-world-weve-only-just-begun-idUKKCN1S731T

[6] In ‘Heading’ Gail Bradbrook describes the paper's contents as follows: ‘This paper last year was more reported this year says that there's a 1 in 20 chance that the carbon dioxide that's already in the atmosphere could cause an existential warming threat. When you go over 5ºC we just don't know, 3ºC is catastrophic by 2050, again the lifetime of children around today, of my children.’ The accompanying slide reads: ‘2017 PNAS Xu and Ramanathan / 1 in 20 chance that the 2.2 trillion tons of carbon dioxide in the Earth's atmosphere could cause an existential warming threat.’ However: (a) current CO2 levels are currently ~415ppm, which corresponds to 7.81 x 415 gigatonnes of CO2 = 3.24 trillion tonnes of CO2 (ie. we're already way above the 2.2 trillion mark; and (b) the paper says that there is 5% probability of reaching >3 degrees Celsius by 2050 in two scenarios without climate policies (called baseline-fast and baseline-default in the paper). The 2.2 trillion figure does appear in the paper, but as an end-of-century target for CO2 levels, in a scenario involving carbon extraction and sequestration (CES).

[7] Myles Allen, ‘Why protesters should be wary of ‘12 years to climate breakdown’ rhetoric’, The Conversation, 18 April 2019, https://theconversation.com/why-protesters-should-be-wary-of-12-years-to-climate-breakdown-rhetoric-115489

This is part of a four-part series on XR's strategy and demands: