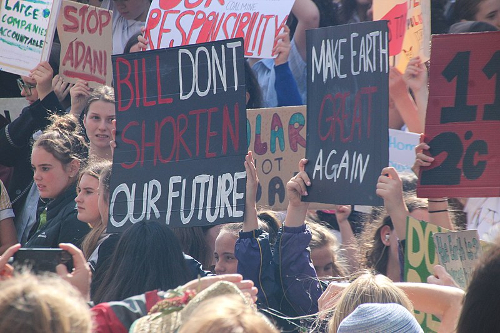 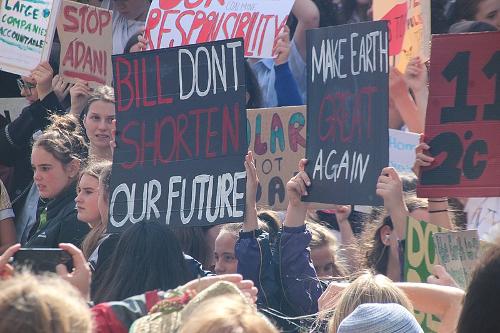 Why should campaigners of any kind in Britain care about the May elections in Australia? Well, because there’s an important lesson for all activists in the defeat of the Labour party there, which had an ambitious climate agenda, and which everyone expected to win. These results showed again the importance for social change campaigns of convincing ordinary folk that you really care about their immediate interests, including their ability to provide for their families.

This matters for the peace movement as well as for the climate movement.

Before we go any further, I should say that Peace News has for many decades stood for grassroots action outside party politics. It has for a long time opposed the idea that electoral politics by themselves can solve our problems. PN believes in the power of strategic nonviolence to change institutions and to change what elected politicians think is possible.

So, this editorial is going to talk a lot about elections, but it’s not because PN thinks elections are the be-all and end-all of making social change. Quite the opposite.

Having said that, in this issue, Noam Chomsky warns us that the re-election of Donald Trump as president of the US may mean the end of human civilisation. So, no pressure there.

I’m writing in the immediate aftermath of the elections for the European parliament, which have polarised and upended British politics even more than they were before.

There was a huge surge in support for a no-deal exit from the European Union without a deal. The new Brexit party won nearly 32 percent of the vote in Britain (England, Scotland and Wales) and won 29 seats in the parliament it wants to abolish.

There was also a surge of support for the Remain parties which support a second referendum. Between them, the Liberal Democrats, Greens, Scottish National Party, Plaid Cymru and Change UK gained 40 percent of the vote.

If you add the Conservatives and UKIP to the Brexit party score, the total Leave vote was 44 percent.

(It’s not clear how to classify the vote for the Labour party, which faced both ways on Brexit, and which lost out as a result.)

What does this mean for the major issues of our times, the threat of nuclear war and the climate crisis?

Firstly, it means that we have even more unpredictable chaos and disarray ahead of us in the Westminster parliament – probably for years to come.

If Britain does leaves, which is not certain at this point, there will be many years of tussles over the UK’s future relationship with the EU.

Campaigners on non-Brexit issues may do better focusing their attention on business and local authorities rather than on the Westminster-level government.

If you do want to affect government at the UK level, you will need to build powerful grassroots movements in order to break through the haze and confusion around Brexit.

Secondly, the increased polarisation of politics means that it’s even more important that campaigning groups and movements find ways to include and respect both Remainers and Leavers in their work.

This means being inclusive both in their memberships and in their outreach to the public. We made some suggestions in the last issue on this.

If a campaigning group is mostly Remain, the majority can, without realising it, create an atmosphere that is disrespectful and offputting to Leavers (who may be entirely immigrant-friendly, for example, but with principled objections to remaining in the EU). That culture of disrespect may end up losing you activists, and it may mean you don’t reach people who agree with you on your priority issue.

“‘Respecting’ doesn’t mean completely agreeing with. It can mean acknowledging the values behind Remain and Leave positions.”

‘Respecting’ doesn’t mean completely agreeing with. It can mean acknowledging the values behind Remain and Leave positions.

For example, a lot of Leave folk feel passionately about democracy and respecting decisions reached democratically. That’s a value that radical Remainers should be able to get behind, even if they don’t believe that leaving the EU without a deal (for example) is what people voted for in 2016.

A lot of Remain folk feel strongly about internationalism and being part of an international community. Radical Leavers ought to be able to join in with that, even if they don’t think that a bureaucratic, unaccountable neoliberal superstate is the right kind of internationalism.

Okay, we come back to the Australian and Spanish elections. The Australian Labour party, led by Bill Shorten, was doing very well, it had made a big climate commitment, there were lots of climate impacts in Australia including droughts, floods and wildfires. Then Labour lost what commentators called ‘the climate election’ on 18 May.

Former Guardian journalist Karl Mathiesen, writing on the Climate Home website, points out that in the crucial coal-producing state of Queensland, Labour did not make a credible proposal to coalminers: ‘Shorten’s election offer to communities impacted by the declining coal industry was the establishment of a “just transition authority”, but no finance for restructuring their economies.

In contrast, in Spain, last autumn, the Socialist government put together a €250m regional development deal with unions to phase out coalmining. It funds early retirement for coalminers over 48, restoration work in pit communities, and training for former coalminers to give them skills in new green industries.

In the April elections this year, Mathiesen highlights the fact that the Spanish Socialists increased their vote in mining areas and retained their hold on government.

There were lots more factors in the Australian and Spanish elections, for sure, but I’m convinced Mathiesen has put his finger on something important.

The Australian Labour party made the right noises (setting up a Just Transition commission), but they did not convince people in Queensland that they had a real commitment to protecting the financial position of workers in high-carbon industries – and their families.

That’s what a Just Transition is about: guaranteeing workers in destructive industries that they will not lose out as we move towards a better future.

If you don’t have a credible Just Transition proposal, it can look as if working-class communities are being sacrificed for the moral self-satisfaction of more privileged middle-class folk who will not suffer in any way in the process.

This is just as important for the peace movement as it is for the climate movement.

If we want to make progress on moving towards a peaceful economy, we will need a credible plan for a Just Transition that looks after the interests of military workers, and gives them a democratic chance to influence the big plan that they will be affected by.

Credibility in this sense isn’t born simply out of facts and figures that add up on paper, or by commitments of money – it’s also built on relationships nurtured over time.

Relationships that can handle very big differences of opinion about lots of things that matter. Like Brexit.