From Greenham to the Bar 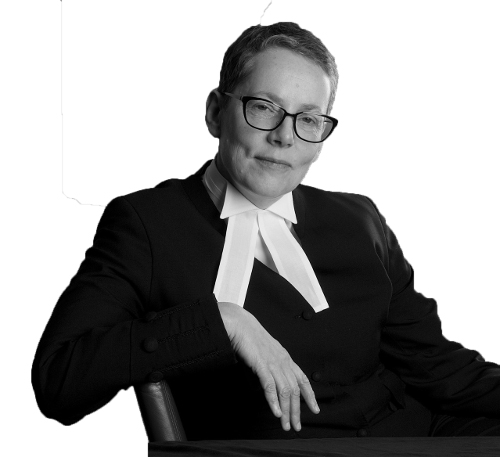 I was a pupil at Manchester High School for Girls which, when I started at 11, was a selective, girls’ ‘direct grant’ school. About half the pupils were funded either by central government or by their local education authority (LEA).

In my family, it was considered a great achievement to have passed the exam and to have been awarded a means-tested grant from the LEA to cover fees.

There were great expectations of me, but I was not a model pupil. I did not engage with my studies. As the then-headmistress of the school put it 10 years after I left, in a letter to the Council of Legal Education, who were considering whether to admit me to Bar School:

‘Unfortunately, she never showed the application or determination to match her ambition or undoubted ability.... Her O and A level results were a positive disappointment.’

In hindsight, I am able to explain, in part at least, my lack of success at school.

Firstly, I now know I am in fact dyslexic. I was assessed as an adult, the results of which revealed that my reading for comprehension speed is only 60 percent of the speed it should be for my IQ.

As it was back then, dyslexia was not so well-understood and I can only conclude it must have had an impact on my ability to fully engage in class.

Secondly and more importantly, my interest and curiosity in the outside world took centre stage very early on. I became more and more interested in politics, and in feminism, from about age 14.

At the time, feminism, although very much established in certain circles, was still considered to be a radical philosophy in many quarters.

When in the sixth form, I was very much aware of what was taking place at Greenham Common Women’s Peace Camp and, when I left school at 18, I headed straight there.

For those who don’t already know, I will, if I may, tell you a little about the camp, because my experiences there influenced me greatly in deciding, later, to become a lawyer.

The camp was formed in response to NATO’s decision in 1979, during the Cold War with the Soviet Union, to place 96 US nuclear ground-launched cruise missiles at the RAF base at Greenham Common in Berkshire.

Each missile had a destructive power equivalent to many times that of the atomic bomb that obliterated Hiroshima in Japan at the end of the Second World War.

In that knowledge, even some of those who were generally pro-NATO became concerned, rightly or wrongly, that if the policy of nuclear deterrence failed, the Americans might fight their nuclear war in Europe, devastating its civilisation while leaving their own homeland intact.

“I had also come to understand both the power and importance of protest and, crucially, that the protection of our rights and freedoms generally is dependent upon the rule of law”

In September 1981, a group of 36 calling themselves ‘Women For Life on Earth’ walked 110 miles from Cardiff to RAF Greenham Common to protest against NATO’s decision to site cruise missiles at the base.

When they reached the base, they chained themselves to the perimeter fence and subsequently established a ‘peace camp’ which was to remain for years.

The camp slowly gained publicity for the campaign to get rid of the weapons and, in 1982 and 1983, there were occasions when 30,000 – on one occasion 50,000 – women visited the camp and encircled or even entered the base.

I was in sixth form, but I was very much inspired by the ingenuity and determination of the women who had set up the camp and really from then on I knew that Greenham was where I wanted to be.

In some ways, life was hard at Greenham: no washing facilities, no proper shelter. We slept outside in sleeping bags or made shelters out of tree branches or fencing covered with plastic.

We spent lot of time huddled around a fire pit.

But the camaraderie at Greenham more than made up for what were pretty harsh conditions.

Supporters came not only from Britain, but from all over the world, and attracted lots of publicity for the campaign.

And the camp no doubt played a part in the international momentum which ultimately led to the signing of the 1987 Intermediate Nuclear Forces treaty and the removal of the missiles from the Greenham Common airbase in March 1991.

Greenham Common Women’s Peace Camp came to be about far more than nuclear weapons. It developed into a social movement and a community of women of varying ages, backgrounds, lifestyles and nationalities.

It was in fact the largest mobilisation of women in Britain since the suffrage campaigns of the early twentieth century and it took feminism in a new direction, disrupting gender stereotypes about what women could and should do.

The creation of a women-only camp was in itself a radical act, the occupation of political space, taking on the establishment, in full glare of the public. The camp made a very significant contribution to moving feminism into popular consciousness.

By the time I left Greenham I was very much sured up in my own self-belief as a woman.

I had also come to understand both the power and importance of protest and, crucially, that the protection of our rights and freedoms generally is dependent upon the rule of law.

At Greenham, and generally in society, as you as lawyers and law students will be very aware, we have the right, in law, to hold our own opinions, political or otherwise, and to come together and express ourselves freely – even if our views are unpopular or could upset or offend others.

Providing, of course, that we exercise them within reasonable limits, these rights are protected by law.

It was this realisation that ultimately led to my decision down the line to become a lawyer.

A barrister at Doughty Street Chambers in London, Rebecca Trowler specialises in serious and complex criminal trials and appeals. She has been a part-time judge (a ‘recorder’) in the crown court since 2018.

This is an edited excerpt from the Annual Law Dinner Speech given by Rebecca Trowler QC to the Law Society at Murray Edwards College (for women), Cambridge University, on 11 March.