Trump and Bolton are breaking what nuclear order there is 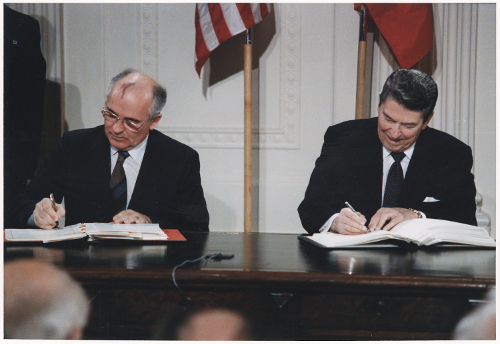 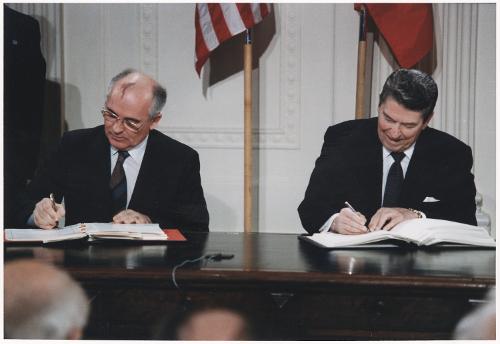 It’s 10 years now since US president Barack Obama made his famous Prague speech, committing to a nuclear weapons-free world. I remember hearing his words broadcast, amid the tumultuous cheers of the crowd in Hradčany Square, as if it were yesterday.

I stood with peace activists in glorious spring sunshine outside the ‘No to NATO’ counter-summit in Strasbourg and our speculations ran riot. US nukes out of Europe? An end to Britain’s Trident system as part of a global disarmament deal? What heady days those were, what days of hope.

Then as president Dmitry Medvedev of Russia added his voice to the call, hopes were high that real progress would be made towards that goal.

Those were truly inspiring moments, and although, over the year that followed, there were times when I felt hope was receding, finally words were turned into actions.

The New START treaty was signed, which made significant reductions to US and Russian nuclear weapons, limiting their deployed strategic nuclear warheads to a combined total of 1,550. It wasn’t everything we wanted, but it was a step in the right direction.

How far away those days seem now. It’s not just that moves towards arms reduction and disarmament have stalled – they have actually gone into reverse.

Since Donald Trump entered the White House, there have been sustained attacks on the treaty architecture that underpins the rules-based system that most countries struggle to uphold and extend. The whole principle of multilateralism has faced successive onslaughts, and with John Bolton at Trump’s right hand as US national security adviser, non-proliferation and disarmament treaties are not long for this world.

The Trump administration is doing its very best to destroy the 2015 Iran nuclear deal, while also banging the drums of war. Its withdrawal from the ‘Joint Comprehensive Plan of Action’ and its attempts to reintroduce sanctions on Iran can only lead to greater instability in the Middle East and increase the likelihood of more countries in the region pursuing nuclear weapons.

This move by Trump is not a popular one: all the other signatories to the Iran nuclear deal are trying to uphold it – including Britain – but it’s not clear how long this will be sustainable.

And now president Trump has announced that the US will withdraw from the 1987 Intermediate-range Nuclear Force (INF) treaty with Russia. Russia has since done the same.

This treaty has been a cornerstone of nuclear arms control since the Cold War, having eliminated thousands of nuclear missiles in Europe, playing a crucial role in ensuring that US missiles are not situated on our continent.

There are many possible dangers as a result of its cancellation: a new nuclear arms race, US missiles back in Europe – and that includes Britain – trained on Russia, US missiles in Okinawa trained on China, nuclear war.

As if it can’t get much worse, US withdrawal from the INF treaty also calls into question whether Washington will work with Moscow to renew Obama and Medvedev’s New START treaty in 2021, when it is due to expire. If Bolton has his way, once the treaty expires there will be no restraints on nuclear weapons left. A grim prospect indeed.

In Britain’s parliament, our house of commons defence committee has recently unveiled its report into the breakdown of the INF treaty.* As this is so vital to peace in Europe and beyond, it was disappointing to find this report a most unedifying read.

Indeed, it turns the committee into a cheerleader for president Trump – far from the actual role designated to it, which is essentially scrutiny and accountability. The parliament website describes it thus: ‘The Defence Committee is appointed by the House of Commons to examine the expenditure, administration, and policy of the Ministry of Defence and its associated public bodies.’

Instead, it produced a disappointing and unbalanced report which fails both to address the reality of a US president who is abandoning the international rules-based system, and to consider what this means for Britain – particularly in light of the so-called special relationship.

The report sweeps aside any US responsibility for the breakdown of the INF treaty, despite Trump initiating US withdrawal, stating in its summary that ‘if the Treaty fails, the sole responsibility for its failure will lie with Russia’.

Trump’s withdrawal from the universally-applauded Iran nuclear deal was perhaps the clearest sign of his dangerous new approach to international legal norms, but the report doesn’t deem it relevant even to mention it.

The report also fails to point out how US withdrawal from the INF treaty will effectively legalise the activities for which Russia stands accused by president Trump, and removes the framework through which they could be investigated and resolved.

The truth is, both Russia and the US had concerns about each other’s compliance with the treaty – but how will these concerns be addressed when the treaty is gone?

This failure of critical thought by the defence committee is all the more disappointing because the committee has, in the past, played a valuable and objective role in scrutinising government actions.

In 2006, when the Blair government was trying to press ahead with Trident replacement without a full public and parliamentary debate, it was the defence committee which initiated a series of inquiries into Britain’s nuclear weapons that were probably the most in-depth and serious to date. That independence of thought now seems lacking and this is particularly dangerous.

Whereas the UK government seems to be vigorously supporting Trump on this issue, elsewhere in Europe deep reservations have been expressed.

Other European leaders seem to have a clearer recognition of the dangers that may ensue – a new nuclear arms race and the acceleration of a new cold war. Of course, it’s not just Europe that will be affected – China is being brought into the frame here, as with all US foreign and military policy.

It is necessary for the peace movement internationally to defend the treaties that restrain arms production, deployment and potential use. Without this security framework, we face a much more dangerous world.

Kate Hudson is general secretary of the Campaign for Nuclear Disarmament. Founded in 1958, CND campaigns for British nuclear disarmament and for a global ban on nuclear weapons: www.cnduk.org

* Missile Misdemeanours, the defence committee report of 4 April, can be found here: www.tinyurl.com/peacenews3262