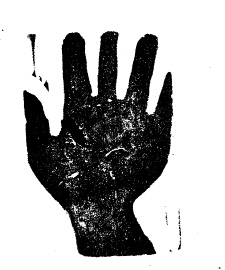 The campaign achieved its secondary goal of ending the use of strikebreakers. It also prevented further governmental and military intervention into labour conflicts in Sweden. However it is not clear if the strike prevented wage cuts. For that reason a definite score of 3 was given; however, it is possible that the strike was completely successful.

The general strike in Ådalen, Sweden, in 1931 was part of a much larger industrial struggle between the Swedish Employers’ Federation (SAF) and the Swedish Union Federation (LO), a struggle that had been continuing since the late 19th century, if not longer.

After a failed general strike in 1909, the LO lost a lot of membership and the balance of power shifted in favour of the employers. Negotiations and cooperation between the two organisations slowed due to decentralisation of the LO’s leadership.

During the economic surge of the First World War, union membership grew rapidly and the LO regained power during the 1920s. While the SAF tried to lower wages with coordinated lockouts across industries, the LO was able to resist by using resources from a wide base of membership to support the workers affected by each lockout.

A settlement after a failed lockout in 1925 effectively put an end to lockouts in Swedish labour conflicts.

In 1928, the LO and the SAF held a labour ‘Peace Conference’ in which they decided to create a labour peace council with members from the unions, the employers, and the government. Also in 1928, the government created a labour court to enforce collective agreements, which benefited employers.

Economic depression hit Sweden in 1930, increasing unemployment while employers worked to cut costs. In the autumn of 1930, the management of a sawmill in Lunde in the Ådalen Valley announced wage cuts for all workers. In response, the workers began a strike which continued through the fall, shutting down the mill. The director of the Lunde mill also had investments in two nearby pulp mills. In January 1931, workers in these mills began a sympathy strike.

On 12 May 1931, when management called in outside strikebreakers to work in the three mills, strike leaders immediately began campaigning against the strikebreakers.

The county government ordered police to protect the strikebreakers and sent several officers to a workers’ meeting on 13 May.

At the meeting, Axel Nordström, a communist and a strike leader, called for demonstrations but did not condone violence against the strikebreakers. The strikers marched to one of the mills where there was a sympathy strike. Once at the mill, the demonstrators got rid of the strikebreakers.

Though police asked Nordström to prevent the strikebreakers being hurt, he was no longer in control. Demonstrators pulled strikebreakers from the mill and inflicted some minor injuries.

The county government called in 60 national soldiers that night. Demonstrators threw stones at the soldiers as they arrived. In Lunde, the soldiers used smoke grenades and fired warning shots to disperse protesters.

On 14 May, a public holiday, 4,000 strikers met in a public park while strike leaders met separately. Workers in the park grew agitated and began the march before the leaders had even arrived. The march was orderly and workers walked in four columns, forming a determinedly peaceful line a kilometre long.

That same day, the provincial government had agreed to place a ban on the strikebreakers, preventing their further work in the mills. However, officials failed to deliver this news to the marchers.

The soldiers ordered the strikers to halt near the mill, but marchers continued, claiming their right to demonstrate. The soldiers opened fire, killing five strikers and injuring five more

Photographs of the incident spread quickly. Both the repressive violence and media coverage were new experiences in Swedish labour conflicts.

The next day, workers began a general strike in Ådalen and in several cities. In Stockholm, 80,000 people demonstrated on a military drill ground, protesting against the killing of the five strikers.

A week later, 12,000 people attended the funerals and work stopped throughout the nation for a five-minute silence at noon.

The strikers achieved their secondary goal of preventing the strikebreakers from working, taking away a strong bargaining tool from the management of the mills. The campaigners stopped the general strike at the end of May. I have been unable to find out whether they successfully prevented management from imposing wage cuts.

The strike was an important influence on the greater industrial struggle between unions and employers, and on the direction of Swedish governmental policy.

As a result of this failed intervention, the military was banned from taking part in such internal conflicts.

The Basic Agreement in 1938, facilitated by this new governmental power, ultimately ended any possibility of governmental regulation of industrial conflict and led to joint regulation by the LO and the SAF.

Another important result of the rise to power of the Social Democrats was the creation of the Swedish welfare state, an attempt to lower unemployment and to provide the basic needs for which the Ådalen strikers had been fighting.