Max Hertzberg, Spectre at the Feast 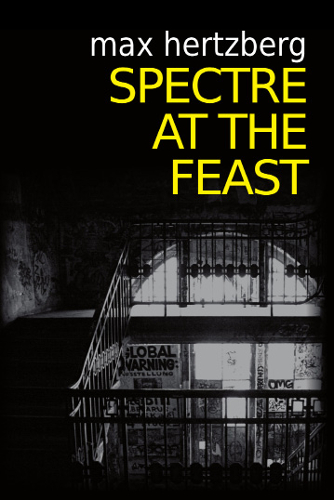 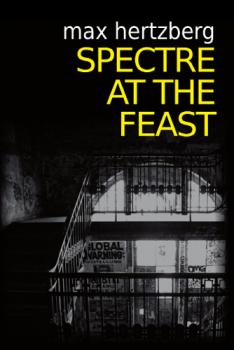 In this, the third thriller in Max Hertzberg’s alternative East Germany trilogy (set in an alternate history in which East Germany’s Peaceful Revolution of 1989 resulted in the creation of a socialist state run by direct democracy), the young, self-organised democracy is testing its self-confidence and looking to the future, while threatened by ghosts from its past that just won’t lie down. It’s a year on from a crucial referendum to take down the Berlin Wall and disband the Republicschutz, a temporary counter-espionage service formed to protect the country’s direct democracy structures and new administration. And it’s a year since the people filled the streets to defeat a fascist uprising.

A populist leader and former Communist, Kaminsky, is stirring up the far right, threatening the country’s still young, still fragile grassroots experiment in self-government and the growing confidence of the Grassroots Democratic Republic (GDR) is looking a little misplaced.

Our protagonist, Martin Grobe, is persuaded by police lieutenant Steinlein to help investigate a plot to murder the populist Kaminsky, and thus prevent the violent chaos that would result. Can the plot be stopped? Can Steinlein be trusted? Why are the British secret services interested?

Once again, the diverse cast of unlikely heroes from Stealing the Future (PN 2586-87) and Thoughts are Free (PN 2598-99) all end up getting involved – and entangled – with the plot, and each other.

Pragmatic Erika and Laura of the Republicshutz and the young administration keep the plot steady with their patience and faith in process.

Emotional young punk Karin is sucked in through a quest to help a friend heal from abuse by the Stasi, and by her loyalty to Martin and his daughter. At the core is Martin himself, tired but propelled by his ideals, and his commitment to the revolution of 1989 that saw the old GDR state overthrown and replaced with a new country built on hope.

Martin’s weary commitment reminds us that hope is just the spark that ignites a dream; dogged perseverance is what brings dreams to reality.

A real page-turner delivering gripping drama, fast-paced and tightly plotted, this is also an encouraging tale for those who continue to work for a nonviolent revolution in these days of nuclear state showdowns, Brexit face-offs, and a resurgence of the politics of hate, tired from years of resisting the onslaught of oppression and austerity.

The spectre of the book’s title refers to ghosts of the past that haunt the new GDR, but it also warns of letting our future visions remain vague. We mustn’t give up hope – but we have to be prepared to commit to it, and defend it.