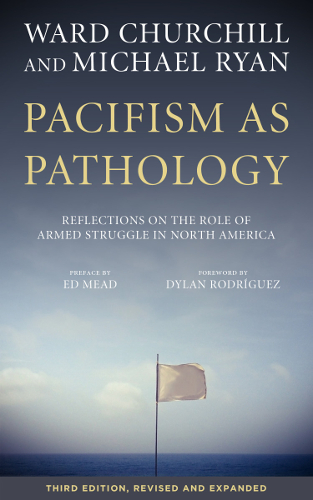 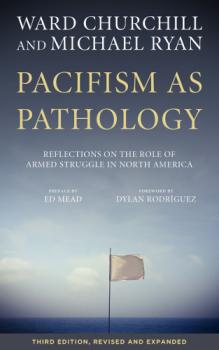 ‘When our enemies expect us to respond to provocation with violence, we must react calmly and peacefully; just as they anticipate our passivity, we must throw a grenade.’ This is pretty much the only ‘reflection on the role of armed struggle in North America’ that you will find in Ward Churchill’s 1986 essay, ‘Pacifism as Pathology’. These words, quoted approvingly, are from Black Nationalist activist Kwame Ture (formerly nonviolent civil rights Freedom Rider Stokely Carmichael).

Quite apart from any moral issues, this ‘grenade-ism’ is suicidal as strategic advice. It’s the opposite of what we find in the Russian Revolution or the Provisional IRA campaign or other effective armed struggles. (‘Effective’ is not the same as ‘justified’.) The thousands of Western activists who’ve been influenced by this essay have, sensibly, not taken Churchill’s/Ture’s words literally.

Barbara Deming, in my view the most significant writer on revolutionary nonviolence, isn’t even named. AJ Muste, Dave Dellinger and George Lakey are named – but only in passing. All four published books well before 1986. (A footnote mentions the title of Dave Dellinger’s 1970 book, Revolutionary Non-Violence, but Churchill doesn’t tell us anything about it, good or bad. It doesn’t look like he’s read any of it.)

This 30th-anniversary third edition of Pacifism as Pathology contains, once again, a thoughtful preface by former bomber Ed Mead and a 30-page afterword by former nonviolent direct actionist Michael Ryan. What’s new in 2016 are: a short piece by Ryan; a long 37-page update/introduction by Churchill; and a jargon-heavy foreword by radical academic Dylan Rodríguez. Altogether, the book has bulked up by 50 percent.