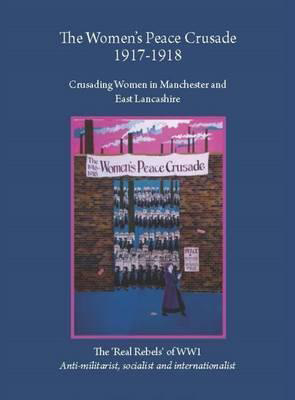 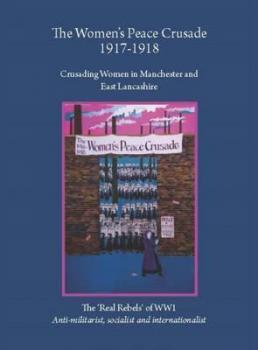 In October, I travelled to Burnley for the trial of Sam Walton and reverend Dan Woodhouse (see p1). Walking to the court past derelict industrial buildings and rows of empty shops and pubs, I couldn’t help think of the Women’s Peace Crusade meetings held here exactly 100 years ago.

According to this short book, Burnley was once called ‘the largest producer of woven cotton in the world’ but, by the First World War, its economy had slumped. Over 4,000 young men from Burnley were killed at the front, with over 100 dying in a single day in the summer of 1917. The terrible casualties, together with chronic food and fuel shortages at home, led the women of Burnley to join the Women’s Peace Crusade along with many others in East Lancashire and the North West and to call for a ‘negotiated peace’.

Despite the Defence of the Realm Act (DORA), which made it an offence to speak out against the war, the women held as many as three meetings a week in some towns. Members were in danger of being arrested and losing their jobs, and meetings were vulnerable to disruption and violent heckling from soldiers on leave.

The essays in this book are written by a group of volunteer researchers who took part in a local history project. Unfortunately, in some places the text is frustrating to read, interrupted by many proper nouns and exclamation marks, lists of names without any other context. Some of the most interesting material is in the found text, such as announcements and speeches in the Independent Labour Party’s newspaper, the Labour Leader, and in leaflets and posters, but these are poorly reproduced.

It is inspiring to read of the individual women who were prepared to speak out, make as much noise as possible, and be arrested for doing so. We learn how the crusade spread from town to town, reaching out to groups across the country, how the women kept up meetings as well as having jobs and children to look after, how crusaders timed meetings with shift changes at factories. And all this without modern transport or social media.

In connecting with the stories of individual activists, conscientious objectors, pacifism and protest from the past, this book shows how a local history project can be a stirring and important way to draw people towards the peace movement.