Sara Pascoe, Animal: The Autobiography of a Female Body 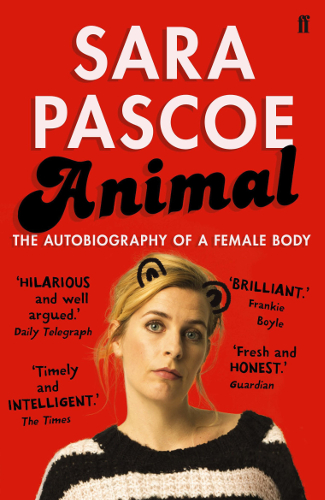 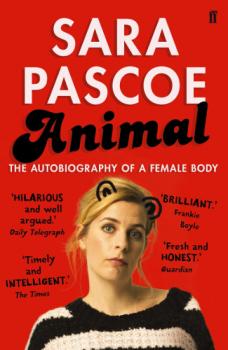 ‘Suddenly, being a woman doesn’t look like such a minefield after all,’ Sara Pascoe says in the blurb for this book. She is referring to all the amazing things she has found out while researching evolution, science and the the history of patriarchy, and seeing how they relate to the way society works – or doesn’t – today. Except that makes Animal sound dry: it isn’t.

Although Sara Pascoe talks about evolutionary science a lot, she never dumbs it down – after all, she isn’t a scientist, she’s a comedian (or, as she is often referred to, a ‘comedienne’.) This really comes through in the book, which is funny and treats the reader like any other random person.

In the ‘body’ section of the book, Pascoe explains why, from a scientific point of view, the modern obsession with women being stick-thin is ridiculous. For example, did you know that the fat in women’s hips is made of the same stuff that a baby’s brain is made of (not all of it, obviously)?

Pascoe argues that, apart from anything else, evolutionarily the fixation on thinness makes no sense. Thousands of years ago, the genes for skinny women were all but expelled from the gene pool, for the simple reason that women with more fat reserves were more resilient and therefore passed on more of their genes. And, despite some rather dodgy reasoning from Desmond Morris (‘They’re for men to look at’), at the end of the day, Pascoe says, we don’t even really know why humans are the only species whose biologically female half have breasts.

Plenty of other books have been lauded as ‘the book every woman should read’, but I doubt any of them could make me – or any woman – more confident about her body than this one does.

Pascoe also backs up what she’s saying with real experiences from her own life. She talks frankly about the abortion she had when she was 16, and about how, when she reached the clinic, she was assailed by a group of pro-life campaigners.

She understands why issues like this make people so angry, and how they divide people. She also mentions how, due to the media she consumed at the time, she expected to be consumed with regret – but the regret never came.

The book also considers other topics, such as the parenting behaviour of our ancestors and why humans evolved to fall in love. Overall, it tackles difficult subjects without embarrassment and makes you feel lucky to have someone so fearless and passionate in your corner.