Jo Littler, Against Meritocracy: Culture, power and myths of mobility 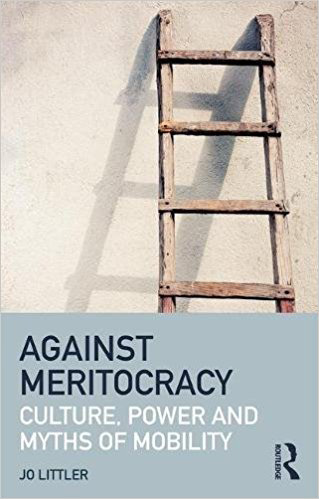 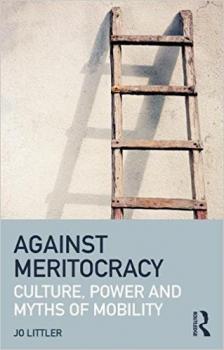 The concept of meritocracy – ‘a system structured around advancement of people who are selected on the basis of individual achievement’ – has been a powerful idea in post-war industrialised societies, especially in the more economically-unequal US and UK.

As with its close cousin ‘equality of opportunity’, meritocracy has ‘become the key means of cultural legitimation for contemporary capitalist culture’, endorsed by Margaret Thatcher, Tony Blair and now Theresa May. So argues Jo Littler, a sociologist at City, University of London, in this wide-ranging volume.

This neoliberal-friendly dogma has a strong grip on the general public. A 2009 Joseph Rowntree Foundation survey found 69 percent of respondents agreed with this statement: ‘Opportunities are not equal in Britain today, but there is enough opportunity for virtually everyone to get on in life if they really want to’. Just 14 percent disagreed.

In her impressive introduction, Littler highlights a number of key problems with these dominant ideas that justify levels of inequality that are increasing and at the same time make it harder to see how levels of social mobility are decreasing.

First, ‘it endorses a competitive, linear, hierarchical system in which by definition certain people must be left behind’, she notes. ‘The top cannot exist without the bottom.’

Meritocracy also pushes a socially-destructive morality based on self-interest and individualistic thinking. It tends to view talent as innate, uncritically values certain professions and forms of status, and downplays structural inequalities that make ‘climbing the ladder’ much harder for some people than others.

Today, Littler notes, the culture of meritocracy has absorbed the language of equality and identity politics that grew out of the 1960s social movements.

It ‘has created lonely forms of selective empowerment, ones profoundly ill-equipped to deal with the wider structural causes of sexism, racism, environmental crisis and economic inequality.’

In the book’s second half, Littler points out that a lot of popular culture – The Apprentice and the 1990s sitcom Sex In The City, for example – supports the meritocratic myth, while TV shows such as The Wire, Breaking Bad and Lena Dunham’s Girls provide smart critiques.

Surely the definitive study of the subject, this is very much an academic work, with bags of references and footnotes, but it is broadly accessible to the general reader.

Jeremy Corbyn’s belief in collective aspiration now presents a real challenge to capitalist-compatible meritocracy and the British plutocracy more broadly. Against Meritocracy has an important role to play in informing the growing movement working to sweep away the Tory government.

As the US socialist Eugene Debs said: ‘I would be ashamed to admit that I had risen from the ranks. When I rise it will be with the ranks, and not from the ranks’ – an egalitarian sentiment Littler would support, I’m sure.