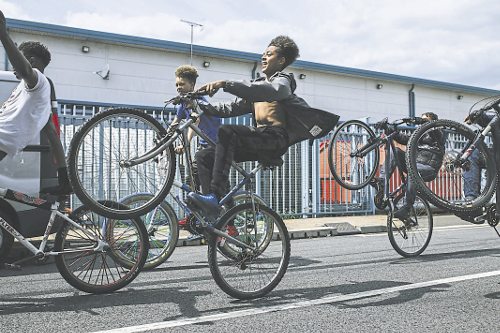 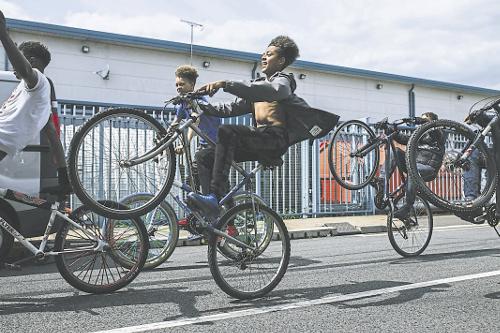 2 October is the official UN International Day of Non-Violence (no, I didn’t know either). So what better way to spend it than in London with the folk from Pax Christi, the international Catholic movement for peace, at the first of their four ‘Nonviolence Works!’ seminars? (The other events took place in Leeds, Birmingham and Liverpool.)

Arriving, I bumped into PN contributor Henrietta Cullinan and the reverend Nagase, a Buddhist monk from the Battersea Peace Pagoda (confirming that I wasn’t the only non-Christian there!).

Henrietta, a member of the London Catholic Worker, had recently been arrested at the DSEI arms fair, while Nagase had just returned from a hazardous-sounding peace walk in Chile. These are folk who are walking the walk, not just talking the talk.

At its heart, this is an attempt to get the world’s longest-running NGO (the Catholic church) to put more of its considerable resources (financial, ideological, cultural and otherwise) into promoting active nonviolence, both as a way of life and as a way of approaching conflict, creating peace and winning social justice.

Though clearly it has a big hill to climb, this initiative appears to have generated some traction with the current pope.

This was followed by a lively presentation by a US academic, Maria Stephan, focusing mainly on her work into how and why nonviolent resistance works.

Famously, Stephan and Erica Chenoweth analysed over 300 nonviolent and violent campaigns between 1900 and 2006 – mainly ones aimed at regime change, self-determination/anti-occupation, or secession.

They found that the nonviolent campaigns were twice as likely to succeed (see PN 2547 – 2548).

Among the material that was new to me was her observation that it was rare to see mass killings in the context of nonviolent campaigns (the only example she could think of was East Timor).

Following the two presentations, an attempt was made to pump the audience for ideas of ways in which the church could help to promote active nonviolence.

This got somewhat sidetracked into a debate over whether campaigners should be opposing the church’s ‘Just War’ doctrine (‘“Just War” is just war!’) or making use of it to oppose modern wars (which fail its stringent criteria).

Finally, Pax Christi UK’s Pat Gaffney gave a shout out for the social media campaign #ThisIsNonviolence which (perhaps in an effort to counter existing stereotypes) is encouraging people to share their images and ideas of what nonviolence looks like in reality.

I’ll close with my suggestion: a photo of a joyful man wearing blue trainers, his afro blowing backwards in the wind as he and other teenagers wheelie their bikes together as part of a ‘Bikestormz’ event somewhere in the UK. Under the slogan ‘Knives down, wheels up’, these events have been bringing together young people from a wide range of different backgrounds and cultures to indulge a common passion.

As one participant explained to Huck magazine: ‘Bikestormz has changed my life in a mad way. People used to complain, but when they realised why I ride – to stay off the roads [away from petty crime] – now they support me.’