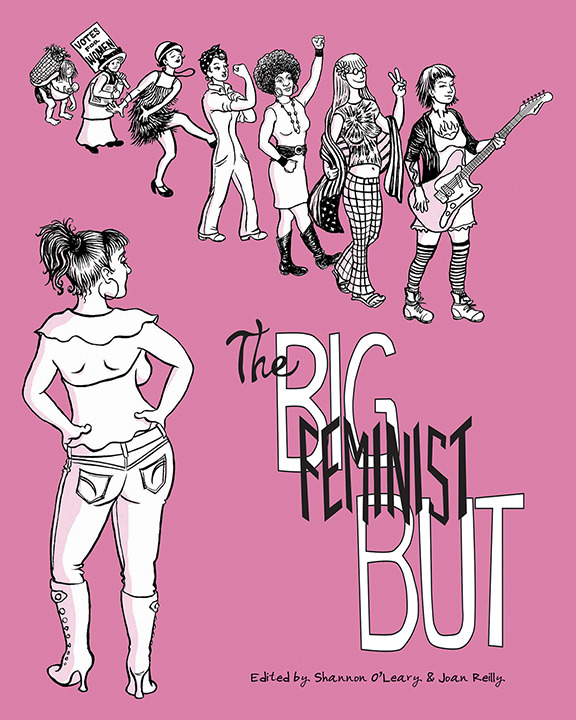 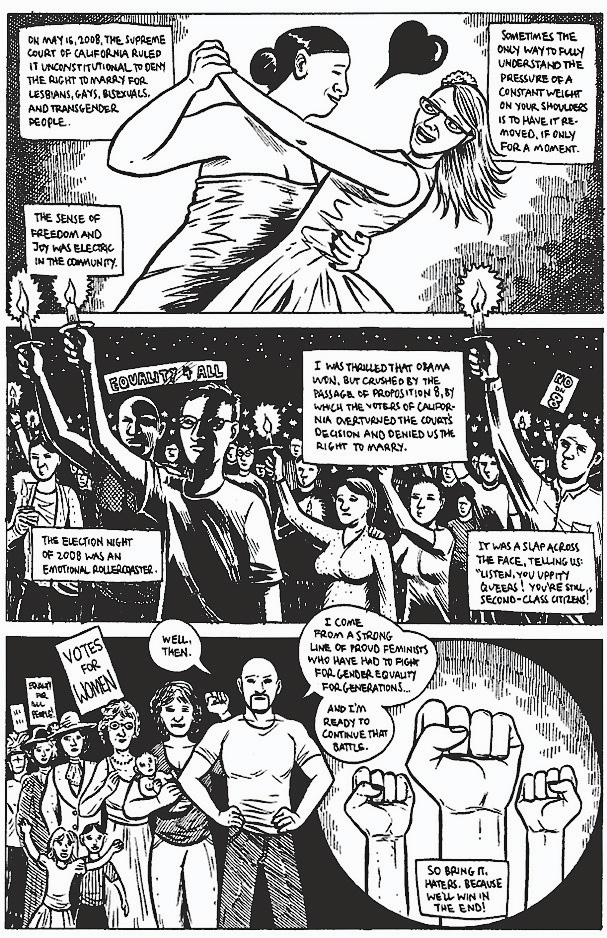 ‘Feminism,’ writes Noah Berkatsky in the afterword to The big feminist BUT... , ‘is about how gender is false; being a woman doesn’t define who you are. But it’s also about how feminism is real, and being a woman really does matter. And those contradictions are why so many people look at feminism and want to add a “but”.’

More playful than polemic, this anthology sees 43, mostly US-based, comics creators giving their personal takes on a wide range of topics including prostitution, female empowerment, gender-based expectations, child-rearing and polyamory. I would have preferred more emphasis on the feminism and less on the comics (I tend to agree with contributor MariNaomi that: ‘When anyone claims they aren’t a feminist, I assume they don’t know what they’re talking about’) – as well as more on the intersections between gender, race and class, and more global perspectives – but there’s still plenty here to enjoy and to provoke.