What is BASIC thinking? 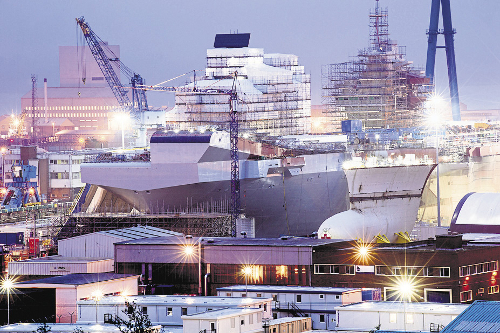 Exploring the reasoning behind the Trident Commission, and the benefits of the commission’s report

I lead BASIC, an organisation that has been working for nuclear disarmament for almost 30 years, and that on 1 July published the report of the Trident Commission that BASIC convened in February 2011. The commission has recommended that Britain retain its nuclear deterrent (along with other recommendations the government might find a little more challenging).

Some people have been asking whether BASIC has gone over to the ‘dark side’.

I used to teach leadership and systems thinking at the national school of government, including the doctrine that change management is far more effective if you use a pluralistic approach (involving many perspectives in the decision-making process). Having been exposed as a Green politician and peace activist to my tutor group, I was challenged by one eager participant to explain how I practiced in my own life the pluralist approach I was teaching, and I had to admit that I fell short.

I resolved then and there to develop new ways of working.

We all have our different models of change. Principled analysis and public debate that exposes the interests and ideologies that underpin the threat of nuclear annihilation is essential but insufficient. Mass movements and protests are crucial elements in raising awareness and strengthening resolve. They are also important to demonstrate witness to the nature of a dangerous system that already weakens the international co-operation essential to tackling increasingly urgent global challenges. But they will not change it alone.

If your objective is to persuade a person or group of people to see things differently, or to change their habits or actions, it has been shown that it is not generally effective simply to lecture or heckle them, present them with all the problems of their behaviour, marginalise or abuse them.

Indeed, such activities often only entrench their existing patterns.

Harvard academics Robert Kagan and Lisa Lahey in their book, Immunity to Change, point out that we all find change difficult, not because of our lack of commitment to the idea of improvement, but because there are often hidden but deeply entrenched commitments we have to existing behaviours, built up and reinforced by experience within our dominant subconscious selves.

They claim that to achieve the change you want in your own life or the organisation you are working with, the best approach is to surface that immunity and ask searching questions about your commitment to your existing patterns, rather than assume you will change by focusing on the benefits of change. And if we are to persuade others to change it will be more effective to work with them on the basis of their current commitments and belief systems – to look again at their own assumptions and at the contradictions and the unintended consequences within their own frame, rather than to present them with our own world view and expect them to accept that at face value.

It is all too easy to see others trapped in their conflicts around the world. We can trace the source of their hatred to a tapestry of revenge, fear, feelings of marginalisation, hopelessness and other passions.

We can try to find ways to encourage them to soften their righteousness in the interests of reconciliation and to see things from others’ perspectives. But what about ourselves?

In Britain, many of us have been campaigning for nuclear disarmament for decades, firm in the belief that Britain in particular can lead the way in reducing nuclear dangers worldwide by leaving the nuclear game. How often do we really take the time to consider the belief systems and the psychologies that ensure a continuation of the status quo, beyond pejorative explanations that focus on self-interest?

The Trident Commission’s conclusion after three years’ deliberation that Britain should renew the Trident system should not come as any surprise. While all of the members of the Commission uphold a genuine commitment to multilateral global nuclear disarmament, several members of the commission had been in different roles maintaining Britain’s nuclear weapon policy for some years, and they remain committed to Britain’s established role in the world and its close relationship to the United States.

They are exactly the sort of people whose beliefs will need to transform if Britain is ever to play the leadership disarmament role it is legally committed to.

Unfortunately, there has been little sign of any such reassessment by the leaderships in the Labour and Conservative parties in recent years.

If we at BASIC had achieved some form of minor miracle and persuaded the commissioners to call for Britain’s nuclear disarmament unilaterally, we might have felt some satisfaction, and it might have received positive media attention, but would it really have impacted upon the political calculus for those we were seeking to influence?

A more likely outcome would have been that the commissioners would have been accused of naïveté, personal inconsistency, or distrust of the younger generation to have their finger on the nuclear button.

Instead, the Trident Commission’s report is the expression of a rather weak case for investing major resources in another generation of nuclear weapons. Read between the lines and you will feel some discomfort for those that hold these beliefs. We have to thank the commissioners for this honesty.

Scrutinising the arguments for nuclear weapons, they dismissed Blair’s ‘general insurance policy against a nasty uncertain future’, and ‘the big stick needed to stand tall in the world’ – or to facilitate military intervention, as well as the argument that submarine construction contributes to jobs and the industrial scientific base.

The commissioners settled instead for identifying a narrow set of possible threats – direct nuclear intimidation of or attacks on Britain, or the emergence of a new genuinely mass destruction threat of similar proportions to a nuclear one.

We can and should disagree profoundly with this last defence for several reasons, but there are here plenty of grounds for querying it within the commission’s own frame of reference: What is the likelihood of Britain facing such a threat alone? How effective would nuclear weapons really be when there is a problem of credibility at their heart? (Do people really think we would use them?).

There is also an important quandary here for those who think we need to be prepared for the plethora of emerging threats to the UK – is the investment in nuclear weapons really worth the priority when other threats are increasingly more likely?

I would like to encourage all PN readers to read the Trident Commission report, not because its conclusions are particularly valuable, but rather because it shines a light on the type of thinking that we are all going to need to engage with if we are to have any hope of changing the course of the global supertanker that currently sees every state with nuclear weapons modernising its arsenal.

We are entering a crucial phase in our country’s debate over its nuclear future. It is crucial we understand thewhat is driveing that debate.

Paul Ingram, is executive director of BASIC, the British American Security Information Council. The Trident Commission report can be found on their site:
www.basicint.org