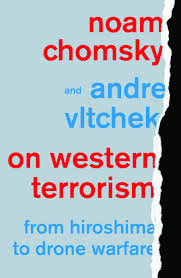 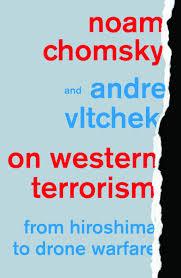 In a recent interview posted on the website ‘Urban Times’, Norman Finkelstein noted that ‘it’s really hard to imagine how many people I have met in my life who said “reading Noam Chomsky changed my life”.... It’s a marvel. There are legions of people in the world whose lives were turned upside down literally because of reading him.’

Though a member of one of those legions, I still have to admit that there is a problem with reading Chomsky’s own writings. Though written in plain English (no Žižek-style nonsense for Mr Chomsky, thank goodness), they’re often fact-heavy and densely-written, and this can be a block for some people. The same could also be said about his talks (hundreds of which have now been uploaded to social media platforms such as YouTube).

Fortunately, Chomsky has also spawned a small industry of interview books, the best of which convey his key ideas in a much more digestible format.

David Barsamian is, by now, a master at doing this, and Power Systems – whose eight interviews span April 2010 to May 2012 – is a joy to read.

The wide-ranging survey of topics include: why talk of a decline in US global power should be taken with a pinch of salt; electronic books; global warming; what we can learn about the human language faculty from deafblind people; Libya; the Occupy movement; Holder v The Humanitarian Law Project (google it!); the Eurozone crisis as a form of class warfare; and why Finland’s educational system is among the best in the world.

Valuable insights and pertinent information abound on every page.

It is also intriguing to hear Chomsky’s thoughts on less-often-explored topics such as reading (‘[R]eading a book doesn’t just mean turning the pages. It means thinking about it, identifying parts that you want to go back to, asking how to place it in a broader context, pursuing the ideas. There’s no point in reading a book if you let it pass before your eyes and then forget about it ten minutes later’) and social media (‘Increasingly the messages I receive [via email] have been one-sentence queries or comments, sometimes so brief that they’re in the subject line of the e-mail. Bev [Chomsky’s assistant, Bev Stohl – GC] pointed out to me that those are the length of Twitter messages. If you look at them, they have a fairly consistent character. They give the impression of being something that someone just thought of.... If you thought for two minutes, or if you made the slight effort involved in looking up the topic, you wouldn’t have sent it.’).

Despite a significant overlap in the topics covered, André Vltchek’s interview book is, I’m forced to say, less successful.

A journalist and filmmaker, Vltchek is clearly a brave man. In the mid-’90s, he was arrested in then-occupied East Timor for attempting to cover a massacre by Indonesian forces. Tortured and then released, his first thought appears to have been to get back into the Timorese capital, Dili. He has written books on Oceania and Indonesia that, following this one, I would be interested to read.

However, he also appears to be an ideologue, in love with old-style communism. Indeed, his primary concern often appears to be to exculpate the role played by ‘communism’ (or ‘communist ideology’) in various atrocities, including the Khmer Rouge’s genocidal depradations, Mao’s great famine, Stalin’s purges, the Soviet invasion of Afghanistan....

Thus, the post-war Soviet hegemony over Eastern Europe was something ‘really right for humanity’, Stalin did not kill ‘tens of millions of people... for political reasons’, Moscow’s crushing of the 1968 Prague Spring was only ‘not necessarily something that should have happened’, and his recommendation to Latin America is that it should ‘go back to Communism without the Cultural Revolution baggage’.

For obvious reasons, this becomes quite wearisome. 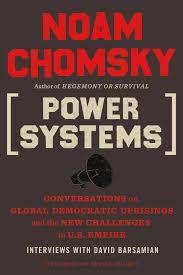 Moreover, while Barsamian’s questions occupy only a tiny fraction of Power Systems, one sometimes feels, when reading On Western Terrorism, that it is Chomsky who is interviewing Vltcheck, whose contributions often stretch out for several continuous pages.

Time and again, one is struck by the contrast between Vltchek’s crude rhetorical formulations and Chomsky’s low-key – but always deeply-informed – contributions. And, unlike Barsamian’s book, Vltchek’s has no endnotes, leaving one sceptical, to say the least, about some of his claims.

However, despite these flaws, there is still much of interest.

In particular, Chomksy nails Václev Havel (‘If Havel and half a dozen of his associates had been viciously murdered by the security forces trained and armed by the Russians, and then Father Ellacuria [one of six Jesuit priests, murdered alongside their housekeeper and her daughter, by US-armed and trained Salvadoran forces in 1989] had gone to Russia and spoken to the joint session of the Duma and praised them as defenders of freedom... the world would have blown up’); the US electoral system (‘The goal of elections now is to undermine democracy. They are run by the public relations industry’); and 9/11 conspiracy theories (‘It’s easier to sit at the internet and to work through some technical article you don’t understand about whether there are nanothermite traces found in the building WTC-7... than organis[e] protests against the Iraq War – a lot easier’).

André Vltchek also has interesting things to say. My favourite was his anecdote about being invited to contribute to a BBC World Service programme on the topic ‘Should China be respected?’ (‘“What are you going to say?” I was asked. I said: “Well, you know, I am going to say it on the air in a few seconds.... You will hear it madam.” “Oh no, no,” she protested gently, “Would you be so kind and tell us?” To make a long story short, I was not allowed to go on the air.’)

Chomsky is not infallible (I cringed to see his passing reference to Chris Busby’s paper ‘Cancer, Infant Mortality and Birth Sex-Ratio in Fallujah, Iraq 2005–2009’), but his political work remains an invaluable compass for all activists.

So if you haven’t already read it, make sure to grab a copy of Barsamian’s book when it comes out in paperback in April. You won’t regret it.