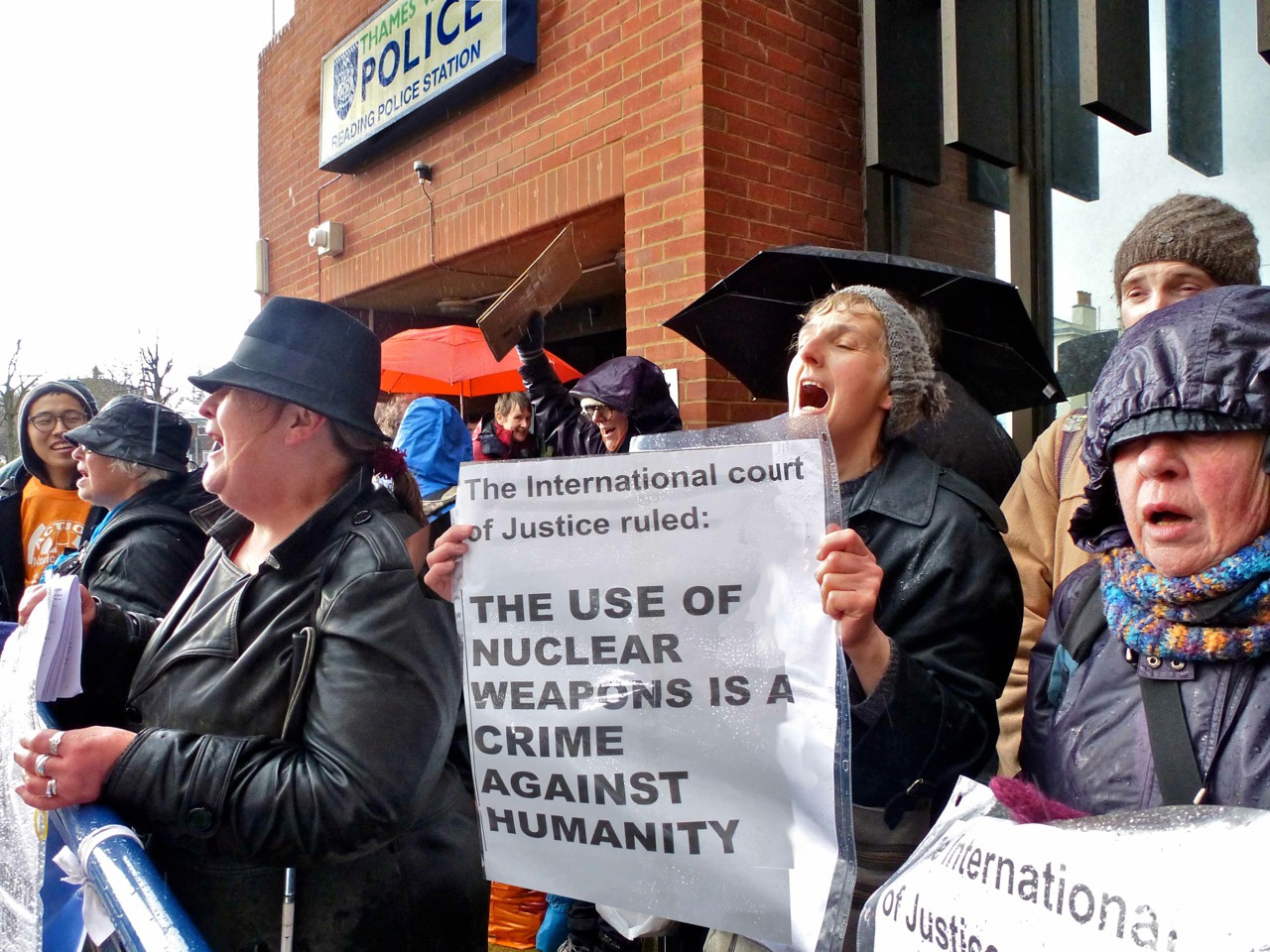 If Cameron thinks the campaign against nuclear weapons is over, he can think again. We set off in our minibus, full to bursting with singers eager to take part in the latest action against Trident: a mass crime reporting at Reading police station, near the sites at Burghfield and Aldermaston where nuclear warheads are developed and tested.

The sight of flooded fields and swollen rivers almost lapping the motorway near Reading was a shocking reminder of how urgent it was to win the argument against Trident. The government was wasting billions of taxpayers’ money on a new generation of nuclear missiles which could never be used under international law, at the same time as the environment agency was suffering huge cuts to the budget for flood prevention and relief, endangering life and ruining livelihoods.

As we approached the police station, a crowd had already gathered outside, despite the threatening weather, and formed an orderly queue to report to the police desk.

Some came dressed as yellow radioactive barrels, and brightly coloured banners hung over the railings. The torrential rain and biting hail did not damp the spirits of the protesters patiently queuing for four hours to reach the police desk.

We slowly moved towards the door singing: ‘Trident, oh, Trident has got to go.’ Above the station hung a sign: ‘See a crime? Don’t suffer in silence – Report it!’ So we did.

Côr Cochion is a radical choir based in Cardiff: www.corcochion.org.uk