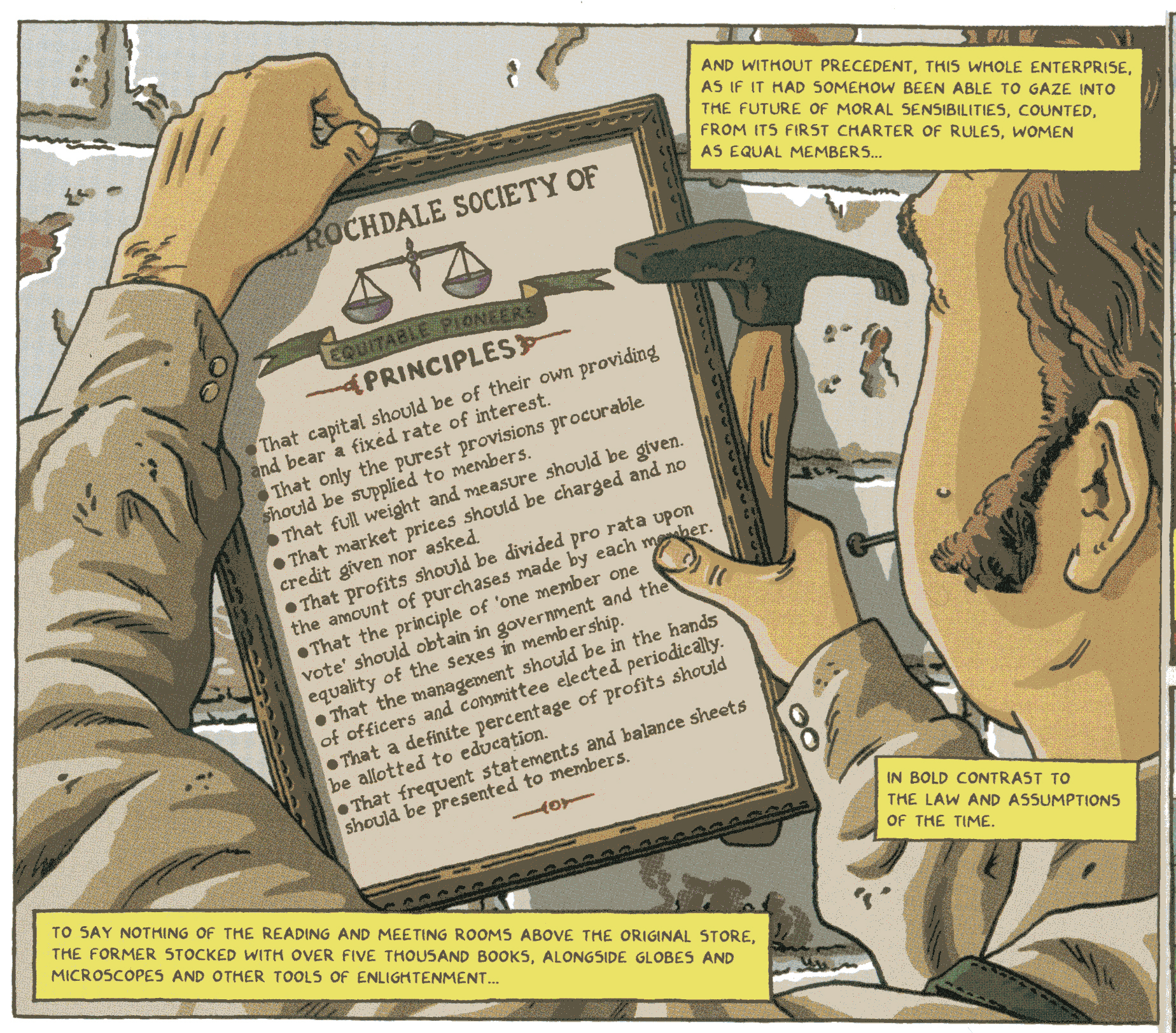 When a small group of weavers, colliers, woolsorters and cloggers opened a shop in north of England on 21 December 1844, Gabriel Carlyle writes, they can hardly have imagined the massive global impact their enterprise would ultimately have.

Though not the first consumer co-operative (Scotland’s Fenwick Weavers established an enterprise for the bulk purchasing of food in 1769), their far-sighted principles – which included not only a commitment to selling unadulterated food, but also the election of management on the basis of one member one vote and ‘the equality of the sexes in membership’ – formed the basis for the ‘Rochdale Principles’: the principles on which co-operatives around the world operate to this day.

Illustrated by the New Internationalist’s redoubtable Polyp, The Co-operative Revolution: A Graphic Novel (New Internationalist Publications, 2012; 72pp; £5.99) affectingly recounts the story of the Pioneers, before surveying some of the 1.4 million co-operatives that now exist around the world, and then making a brief imaginative foray into the future.

Also included are an engaging timeline of ‘Co-operation Through History’ (actually, the last 250 years), and a survey of co-operation in the biological sphere that effectively dismantles the idea that co-operation ‘contradicts the “natural order” of the world’.

Though lacking a deeper analysis of the politics of the movement (for example: why, if 13 million people in the UK really are members of co-operatives, does democratic control of the economy still feel like a pipedream?), this slender book should certainly whet appetites for more.

Unfortunately no ‘further reading’ is listed (publishers of the 2nd edition, please take note!), but those intrigued to learn more may want to check out John Curl’s recent history For All the People: Uncovering the Hidden History of Cooperation, Cooperative Movements, and Communalism in America, ( PM Press; 2012; 608pp; £21.99) as well as John Restakis’s Humanizing the Economy: Co-operatives in the Age of Capital (New Society Publishers, 2010; 294pp; £16.99).